When the Avalanche traded for forward Brandon Saad, they were expecting to add a valuable forward to round out their top six. What they likely were not expecting from the two-time Stanley Cup champion was the compliments about Colorado’s chemistry, and how much stronger it is than teams he’s been on in the past.

“Anytime you can bring back a team where it’s basically the same roster with a couple of additions, it’s huge,” Saad said. “I’ve been a part of teams in the past where you show up and almost feel like the new guy even though you’ve been there for a few years because you have 10-plus new guys.”

Saad, who echoed the sentiments of Devon Toews in complimenting Colorado’s chemistry, says the Avalanche have what it takes to make a run for the Stanley Cup. And largely because of the familiarity of the roster among itself.

Saad finally got his first chance to skate with the Avalanche on Friday after spending four days in quarantine, abiding my NHL protocol.

“To come in and see how close and tight-knit a group they have here and to know they’ve had success in the past and now to come in and be a part of that, I think the chemistry off the ice shows on the ice,” he said.

Landeskog and Grubauer also return. Avs captain Gabriel Landeskog and goalie Philipp Grubauer also made their on-ice training camp debut Friday. The two, along with Saad and defensemen Erik Johnson and Keaton Middleton have all missed the first three on-ice sessions. Johnson, who Bednar said Sunday would be paired with usual defense partner in Sam Girard, has yet to return.

Saad and Landeskog quickly joined center Nazem Kadri on the second line, just as Bednar had planned for before the protocol kept the duo out of the lineup.

“I’m excited to get the chance to play with both of them,” Landeskog said. “I’ve played with Naz in the past. I think Saader is going to bring a lot to our team. He’s got experience, two Stanley Cup rings and a lot of offensive talent. He’s got speed. He can finish. I look forward to see what we can do as a line.”

Special teams the focus Friday. With the return of two of its top-scoring wingers, Bednar was finally able to focus heavily on special teams. Colorado’s power play, which struggled at times against the Dallas Stars, suddenly has added depth that could make it one of the more lethal units in the league.

On the top unit, it will be more of the same. Landeskog and Kadri will join All-Stars Nathan MacKinnon and Mikko Rantanen and the Calder Trophy-winning Cale Makar on the point.

The second unit was a lot less permanent. Girard was joined on the point by Toews. And up front, a combination of J.T. Compher, Valeri Nichushkin, Joonas Donskoi and Saad were involved.

With the departure of Nikita Zadorov in the Saad trade, Bednar says that Girard, Toews and Makar will all get an opportunity to play on the penalty kill.

The Avs have just two more training camp days before practicing Tuesday ahead of their season opener at the newly-named Ball Arena the following night against the St. Louis Blues. 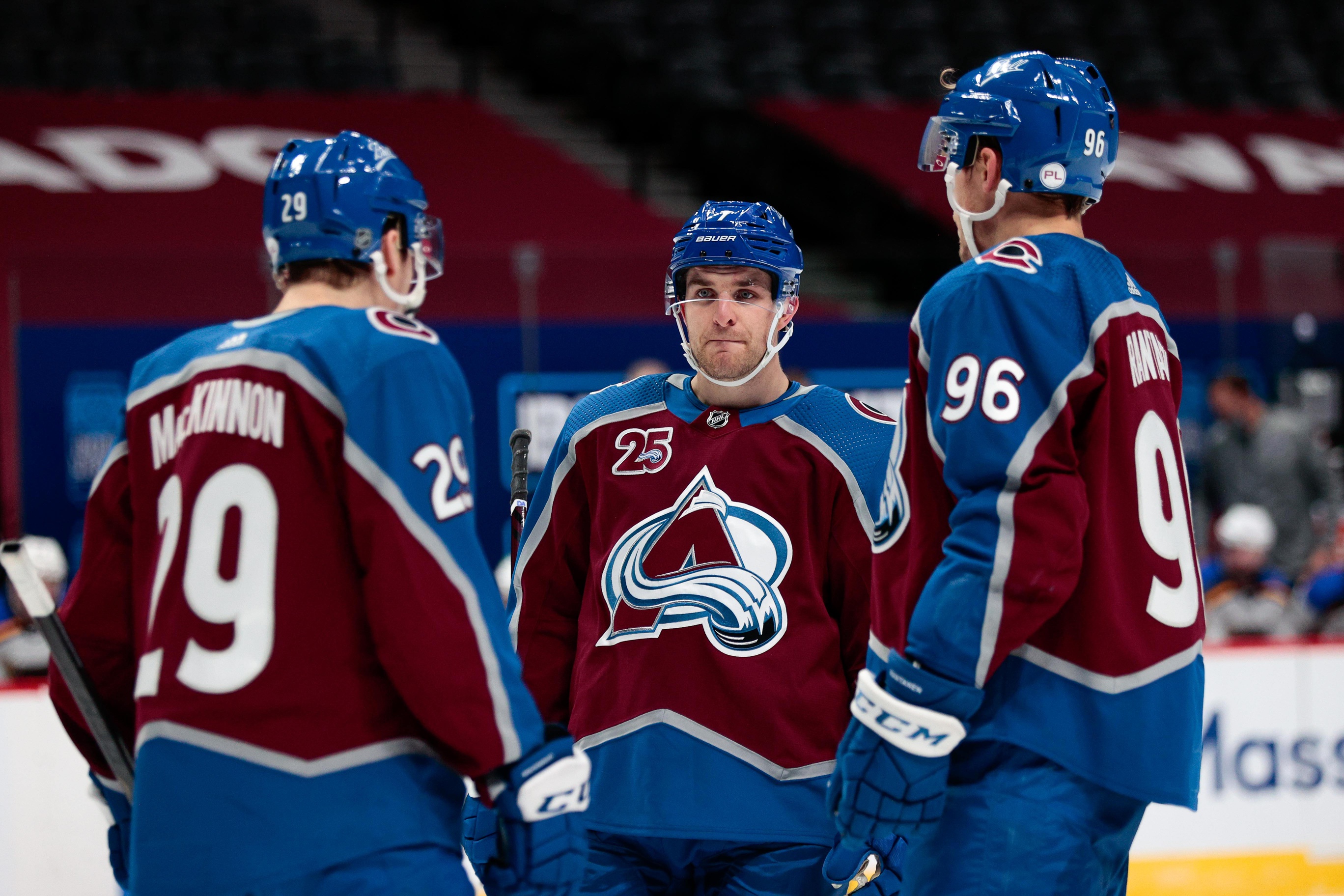