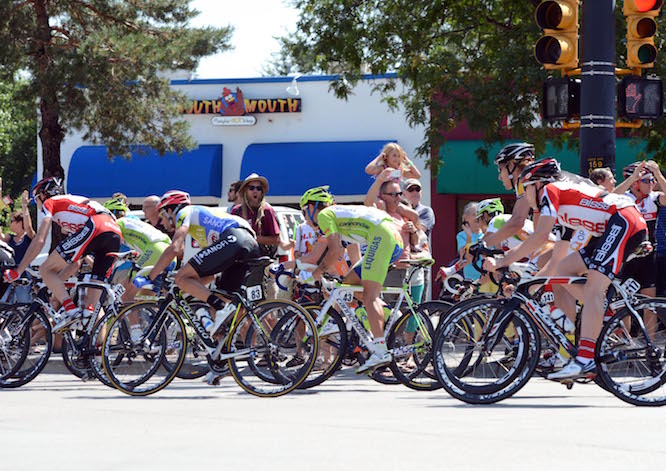 Pro cycling is returning to Colorado. The Colorado Classic will be held August 10-13, and will feature over 100 of the top cyclists in the world. The race will coincide with Velorama Colorado, a music and art festival that will include big-name music acts such as headlining bands Wilco and Death Cab for Cutie.

The last time Colorado held a pro cycling race was in 2015, the seven-day USA Pro Challenge. The Pro Challenge ended its five-year run as one of three 2.HC races in the U.S. due largely to financial instability. The admission-free style of professional bicycle races makes things particularly difficult for race organizers. Fans usually stand roadside and cheer as the cyclists ride past. Unlike other pro sports, organizers rely on sponsors to cover all the costs.

However, a group of inventive Coloradans are hoping to change the way people view cycling races and how they can be paid for. RPM Events Group, the organizers of the Colorado Classic, have come up with an idea that they hope will keep the race financially healthy for years.

Twelve blocks of the RiNo Art District will be blocked off for locals who want to enjoy the race while participating in a street party/festival.

People can now watch the race while indulging in a variety of entertainment offered. By adding the Velorama Festival, now food-trucks, world class live bands, drinks and the Denver Flea will be all available while cheering on racers.

In order to take part in everything the day has to offer, fans can purchase a $45 ticket online ($50 at the gate), and $150 VIP tickets are available for those who want to take in the race in style. The VIP tickets include finish-line viewing, catered food and drink, and TV monitors so you don’t miss a thing.

By adding in the fee and festival aspect to the race, the new business model brings a financial aspect to provide revenue organizers hope will keep the race alive for years to come. The Colorado Classic is no longer just a race, but a huge street party that just so happens to have some of the greatest cyclists in the world going at it.

This four-stage race covers 313 miles (503 kilometers) and over 20,000 feet of climbing. Stage one kicks off in Colorado Springs, stage two is in Breckenridge and the final two stages are in Denver with the start and finish in the RiNo Art District.

The first two stages of the race will stick to the traditional no-cost-to-attend pro cycling format. The final two stages in Denver however, will combine with the Velorama Colorado Music and Art Festival, filled with scheduled music performances to go along with the race.

Drink RiNo (adult beverage sponsor0, will have stations at all four stages.

The race will be televised on NBCSN and live streamed on NBC Sports Gold.

David Koff, CEO of RPM Events Group, has reimagined bicycle racing in 2017. With the combination of cycling, top musical performances and a massive party, the Colorado Classic will undoubtedly give a new look to pro cycling races.