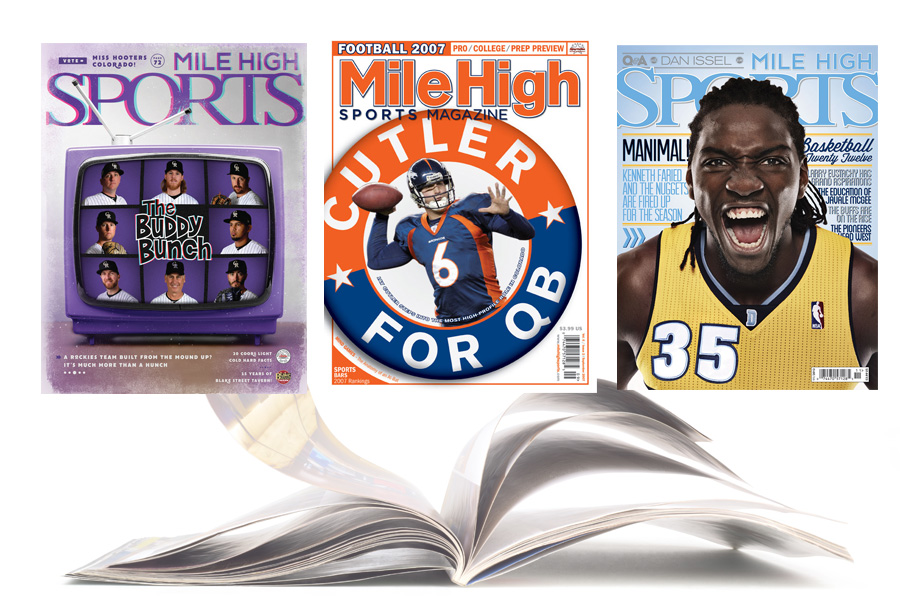 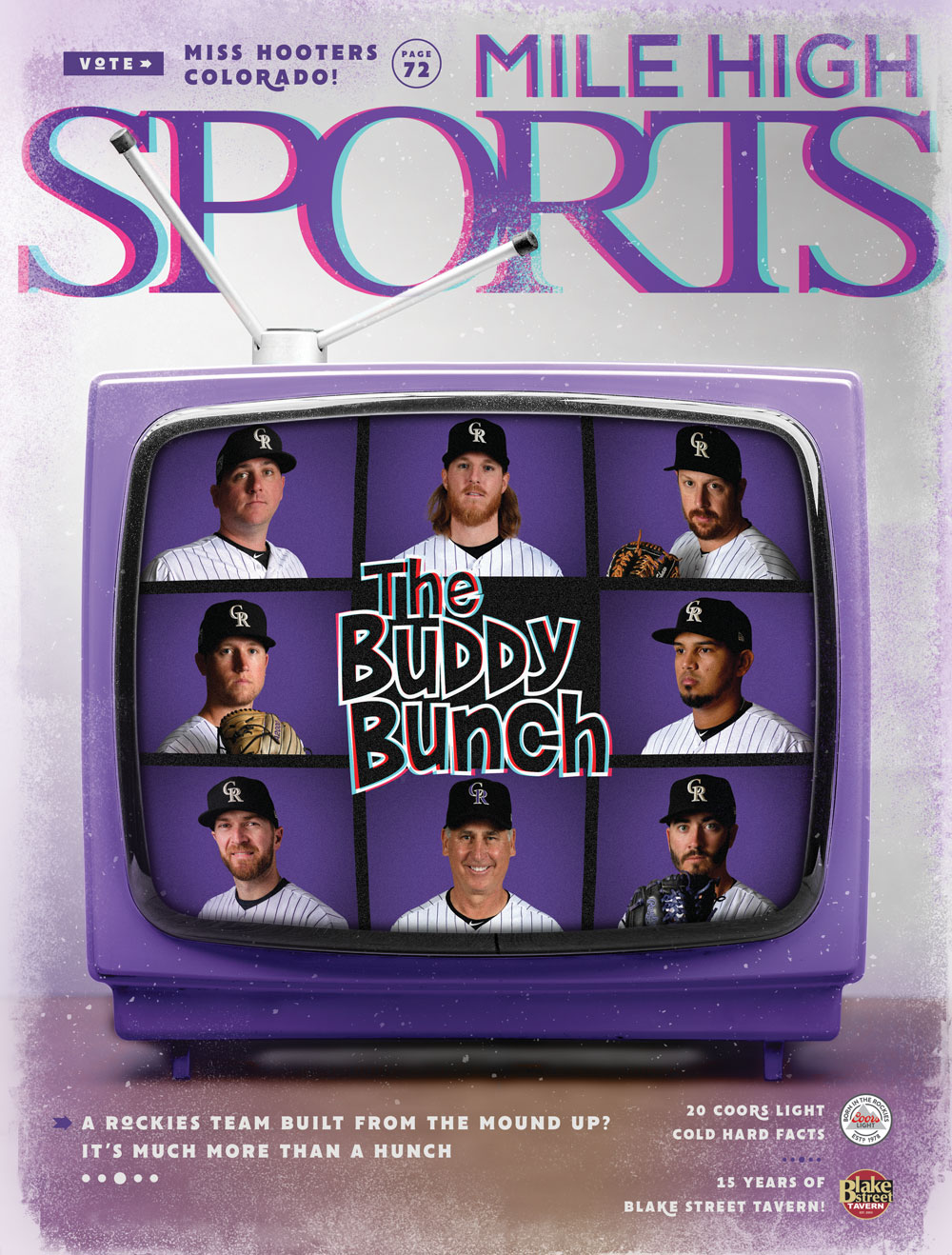 Sometimes, a “no” turns into a resounding “yes!” Such was the case with the Rockies issue heading into the 2018 season. The original cover concept was a solo shot if Rox manager Bud Black. He was to be holding a deck of cards – a melding of playing cards and baseball cards that featured the majority of his pitching staff. After the seasoned skipper guided his team into the 2017 postseason, an accomplishment that hadn’t been seen in a dozen years before his arrival, Bud Black was the obvious choice to grace our cover.

But Bud Black certainly doesn’t crave the spotlight. Anyone who’s ever met him understands this, as he’s far more apt to shed praise on his players than take credit for much. So, while we thought the concept for our cover was great, Black felt like someone besides himself should be on the cover. As only Buddy Black can, he essentially said, “thanks but no thanks” in the nicest way possible.

The only problem with his answer was that we learned about it once we were already in Scottsdale for Spring Training. The entire cover story was centered around the Rockies pitching staff and how Black was the perfect manager for it. What were we to do? Featuring just one pitcher seemed misleading, besides, which one would it be? With more questions than answers, we left Scottsdale with all the stories we needed, but no cover.

A week or two before press – still without a cover image – the staff at Mile High Sports decided to blow off some steam and go watch the first day of March Madness at Blake Street Tavern. As we watched the games (and possibly had a beverage or two), new MHS president perked up and said, “I have an idea.”

That idea was the brilliant cover that was April 2018.

Everyone “got” the Brady Bunch and the iconic image of the entire family occupying the eight squares on that retro TV. Everyone “liked” the play on words and the idea that Buddy Black was at the helm of this “family.” This cover was a lock, even though it was far from our original idea. The only controversy was whether or not to add a soft “blur” to the images and the masthead, creating that authentic 1970s television feel. The first draft of the cover included the blur, a cool touch, but one that was lost on the typical onlooker. As such, the blur was removed, offering a slightly “straighter” iteration of the “Buddy Bunch.”

Another subtle detail on this cover is the color of the masthead. Technically it’s “copper” and there’s actually a metallic component within the ink. This was the first of several issues that took advantage of metallic printing ink, something we’ve used for special issues from time to time.

But perhaps the most vivid memory of this issue was opening the mail months after the issue came out and finding a FedEx package with a dozen or so signed copies, courtesy of the man on the cover. 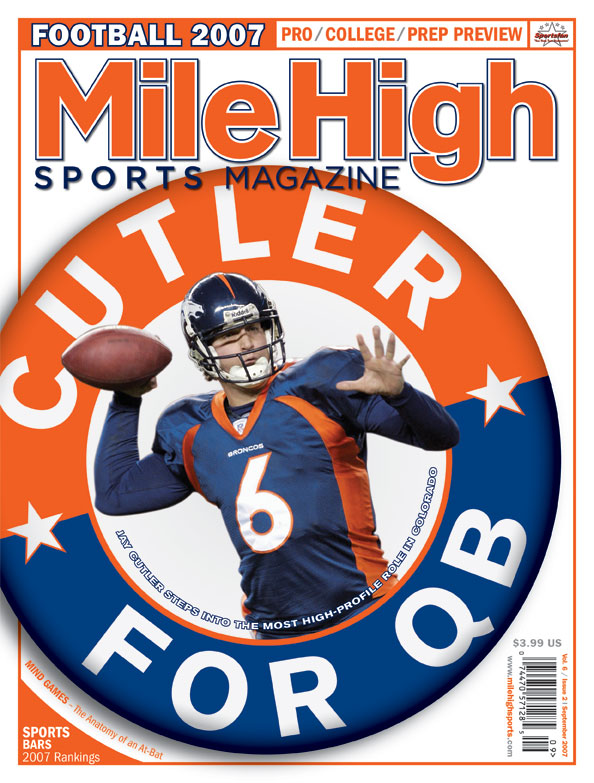 Guess who never posed for a Mile High Sports photo? That’s right, crusty ol’ Jay Cutler, one of the most mystifying athletes the magazine has ever covered.

Nobody’s breaking news by saying that Cutler was a tough read, not exactly warm and times, abrasive. Few would argue such a sentiment, either. In fact, Cutler was scheduled to take a photo specifically for Mile High Sports (more specifically, for our annual Snow Angels “Athletes and Angels” concept), and he quite literally stood us up.

But hey, Jay, no hard feelings. For the realz.

And that’s the thing, it’s never personal. To Jay Cutler, Mile High Sports didn’t mean anything. He had bigger fish to fry, and that was okay with us. That certainly didn’t change the undeniable reality that Cutler was the story heading into the 2007 Broncos season. At the 12-week mark of the 2006 season, Broncos head coach Mike Shanahan essentially handed the keys to the car over to his rookie quarterback, Cutler. So, heading into 2007, you’d better believe that Mile High Sports was going to feature the man who held the most prominent job in all of Colorado.

Problem: He wasn’t about to sit in for some silly cover photo. But just because we couldn’t get something clever or creative, we weren’t going to feature someone else. Anyone else would have seemed like Mile High Sports just missed the boat.  And a standard, boring “action” shot seemed like throwing in the towel.

So, this idea was born. Make Cutler the subject of a political campaign “button.” Old school. Recognizable. Clever. Whether this one was a favorite or not is besides the point. It was, however, an excellent example of how the creative team at Mile High Sports was rarely denied.

Even by Jay Cutler. 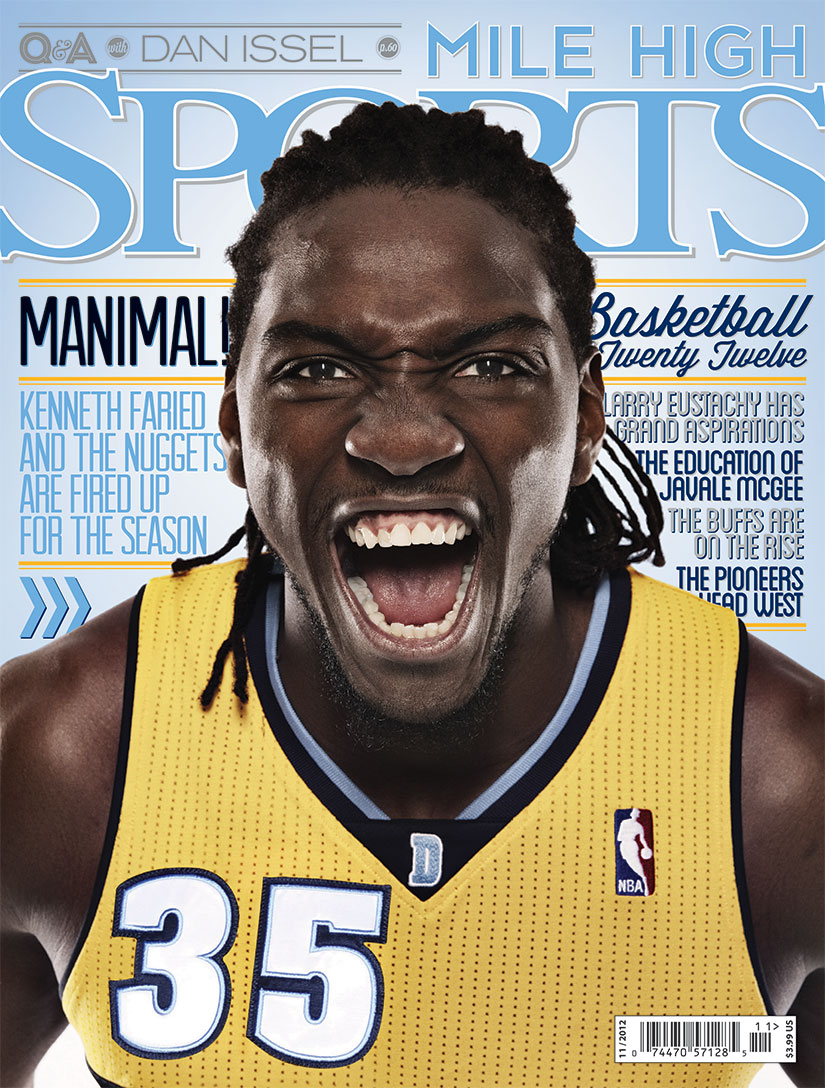 It’s a rare occasion that a small, independent publication like Mile High Sports has any leverage. But that was the case when it came to the November 2012 cover (and even that might be a bit of an overstatement).

About a month or two before our annual hoops issue, one of the writers for milehighsports.com came across something extremely interesting. To cut to the chase, this particular writer found a somewhat obscure post – possibly a “leak” – that reviewed the video game “NBA 2K.” Nothing unusual about that, but what caught his eye was a sample graphic that showed the Denver Nuggets in yellow. Now, prior to 2012 season, the Nuggets did not wear – had never worn – yellow. Upon further review of the video game graphic, this yellow Nuggets jersey looked an awful lot like the “rainbow” jerseys of old, just with a different color scheme.

So, the writer from milehighsports.com wrote a piece hypothesizing that the Nuggets might be dawning new uniforms in the upcoming season. Back in 2012, milehighsports.com wasn’t what it is today. It was a fledging site that was becoming a news and entertainment source; before that, however, the site essentially offered contact info and a subscription form. Naturally, the story about the Nuggets potentially having new uniforms went unnoticed.

You know who noticed it though? The Nuggets.

In sports media, one of the better indicators that you’re “onto something” is when someone from PR, marketing or sports information calls and requests that a story be taken down and/or revoked. And that’s kind of what happened here.

Over the years, the Nuggets have probably been the easiest team in town to work with. They’ve always been accommodating, always been fair, always come through when we needed a story or an image. So, when the phone rang, and the voice on the other end very kindly requested that we remove the story about the yellow jerseys, it didn’t come without a counteroffer. Not only did the Nuggets offer a tip of the cap to the writer who had essentially “scooped” a story the Nuggets hoped wouldn’t be revealed until opening night, but they also  had an idea.

“What if we allow Mile High Sports the first opportunity to photograph the new uniforms, and we reveal them on the magazine’s cover?”

Hey, that’s not a bad idea.

But it got even better. Not only did MHS get the first crack at the new “yellow skylines”, but the cover image was also turned into an opening night promotional giveaway – everyone attending the Nuggets home opener received a magazine and a commemorative “Manimal Mask” (think, cover image on cardboard and mounted on a stick). Our scoop had turned into a golden – well, yellow – opportunity.