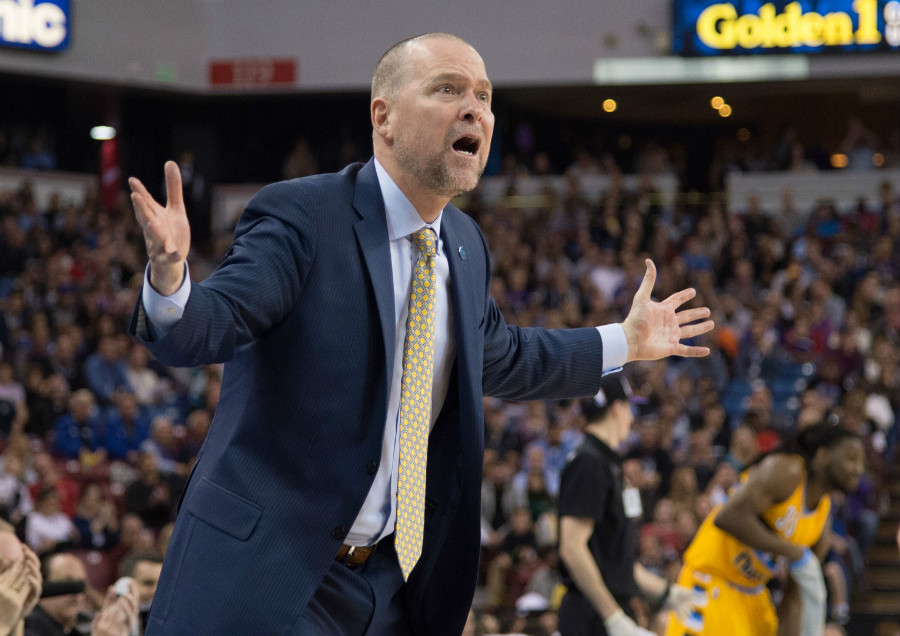 Well, as many had expected, there will be no playoff basketball in the great city of Denver this year. The Denver Nuggets have officially been eliminated from playoff contention following the team’s 101-95 loss Thursday to the New Orleans Pelicans.

It was expected that this season would be a learning one under head coach Michael Malone, and that is exactly what it was. The Nuggets showed that they can play well at times, but need a lot of work at others.

Currently the Nuggets sit at 32-45 on the year with five games remaining on the schedule, meaning yet another losing season is in store for Denver.

However, there are a couple different ways the Nuggets could end the season, both having their positives and negatives.

Option one: Continue to win games

This option is probably the favorite of head coach Michael Malone and the players. No one likes to lose, especially Malone, so don’t be surprised if you continue to see the boys playing hard.

The Nuggets record at the Pepsi Center currently sits at 17-20 at home, three games below .500.

The Nuggets haven’t finished with a record above .500 at home since the 2012-2013 season, the last season under head coach George Karl.

With four of the Nuggets’ remaining five games at the Pepsi Center, the opportunity has presented itself for the Nuggets to finish with a winning record in their own building for the first time since the Karl era.

While that would be great for the team in the short term, it really hurts their chances at getting a top three draft spot, something they are in need of.

As it currently stands the Nuggets have a 15 percent chance at a top three pick and only a 4.3 percent chance at the number one overall pick, according to Tankathon.com. So while winning the last games of the season would be a great sendoff, it really hurts the team’s chances of getting an elite caliber player in the draft.

It’s hard to root for a team to lose, but that is exactly what the Denver Nuggets need to do.

However, the Nuggets stuck right around mediocrity, not knowing if they wanted to continue to win games or tank and get a good draft pick.

That has ultimately hurt their chances at a top pick, but there is still time to make up some ground.

If the Nuggets lose their last five games, they would finish with a record of 32-50 which could significantly bump their chances at a top draft pick.

It is very important for the Nuggets to get a good draft pick, due to the fact that this year’s class is not considered very deep.

There are about five solid players in the draft that could be game changers for the Nuggets, but they are currently projected to land with the seventh overall pick, meaning those five guys will be off the board, most likely.

If the Nuggets want to have an opportunity at the top five guys in the draft, they need to lose. And no, that doesn’t not mean not trying on the court. In reality, it means giving Kenneth Faried, Emmanuel Mudiay, Gary Harris, etc. the night off for mystery ailment X. Either that or give Malone full authority to experiment with as many wild lineups as possible. Why not see what Nikola Jokic, Jusuf Nurkic and Joffrey Lauvergne can do on the court together? Why not go with an all-guard lineup? It won’t work, but it would be interesting!

It’s hard to say, but it is the right thing to do.