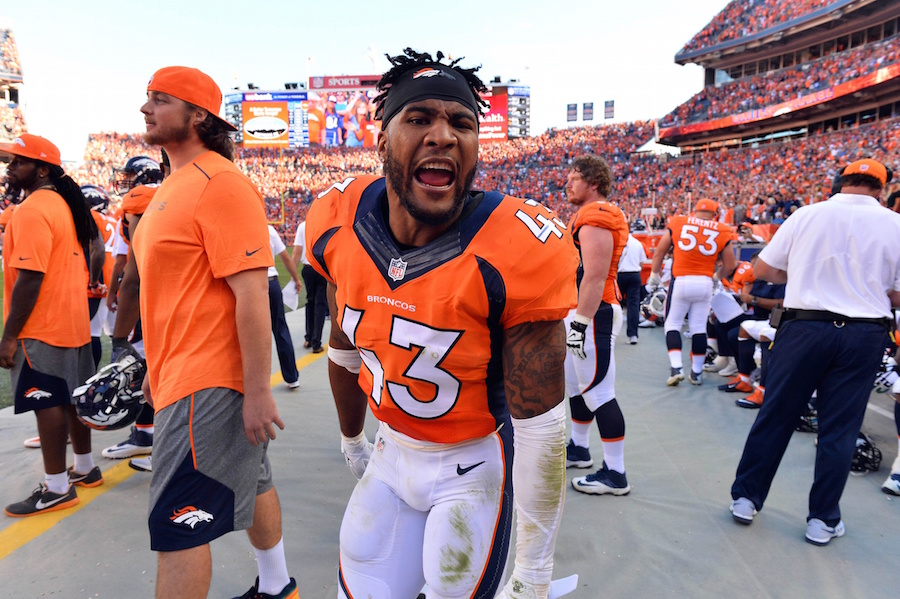 For all of the talk about how many changes were in store for the 2016 Denver Broncos, so far this looks a whole lot like 2015.

It was just one season ago that this team was finding ways to manufacture wins with their relentless, attacking defense, and an offense that did just enough to survive.

If you were scoring at home, the Indianapolis Colts scored 20 points on Sunday.

The Denver Broncos offense also scored 20 points on Sunday … give or take a few extra points and a two-point conversion.

And the Denver Broncos defense came up with another 14 points of their own.

Advantage Broncos, as they held off a pesky Colts team that was resembling a MASH unit by games end.

After all of the offseason changes to this roster, our eyes are surely deceiving us.

Remember, last season the Broncos were led by a Hall of Fame quarterback, and when he went down with a laundry list of injuries, backup Brock Osweiler stepped in and did enough to win a few games of his own. But when Peyton Manning retired and Osweiler left with hurt feelings, we were told how far the defending Super Bowl champs would fall.

There is still a ton of football to be played, but so far, that fall has been greatly exaggerated.

Did the Broncos win over the Colts on Sunday look all that different from their home opener last season, when the game hung in the balance until cornerback Aqib Talib took an interception back for a game clinching touchdown? On Sunday, it was Talib again stepping up in crunch time to save the day.

Holding on to a precarious 16-13 lead early in the fourth quarter, Talib picked off Colts quarterback Andrew Luck and maneuvered his way back to the end zone to give the home team a 10-point lead that they would not relinquish.

Or last week, when Denver somehow survived the Carolina Panthers, was it that far removed from when last year’s team came back from a deficit to knock off the Cincinnati Bengals on Monday night and clinch a playoff spot?

Through the first two games of the season, quarterback Trevor Siemian is 40/59 for 444 yards, with one touchdown and three interceptions.

Compare that to last season when the Broncos started 2-0, and Peyton Manning was 50/85 for 431 yards, throwing three touchdowns and two interceptions.

No, I’m not foolish enough to think that this defense can play at the all-time level of a season ago, but the fact is that they may not have to.

The most noticeable difference so far this season, might be the play of the offensive line and a reinvigorated running game.

So far this year’s offense is averaging 141 yards on the ground per game.

And the defense is still, well, pretty darn good. They are pressuring quarterbacks, punishing opponents and forcing turnovers. Critics can call them dirty if you want, but I bet they won’t say it to their face.

The NFL season is nothing if not long, and we know there will be a number of peaks and valleys to come, but Gary Kubiak and company found a recipe for success last year, and they’re sticking with it.