First-round draft picks are the most precious of their kind. While evaluating the talent of a college kid remains an inexact science, true stars — like Elway himself — are usually discovered and drafted in the first round.

However, during his tenure in the front office dating back to 2011, Elway’s draft classes have left a lot to be desired, basically year-in and year-out. In fact, he has selected more first-round busts — Paxton Lynch, Shane Ray, Sylvester Williams — than stars (Bradley Chubb and Von Miller). And the jury is still out on 2017 first-round pick Garett Bolles, however, even if he isn’t a bust he hasn’t lived up to his No. 20 overall pick placement.

And with the Broncos wanting to get back into the postseason after missing the playoffs for three consecutive seasons, this year’s first-round pick is one of the most important of Elway’s nine-year tenure in Denver’s front office.

That’s why the Broncos need to avoid Drew Lock, Noah Fant and basically every other offensive player near the top-end of the draft board. If Denver is to get back to the playoffs in 2019 — and beyond — they need to find a sure-fire star on defense.

Ideally, the Broncos would select Devin White at No. 10 overall. The former LSU stud was named first-team All-American and won the Butkus Award as being the nation’s top linebacker. But, as this draft evaluation process has gone on, it seems less and less likely White will fall to Denver at 10, he may even land in the top-5.

The same goes for interior lineman Ed Oliver, who’s seen his draft stock skyrocket recently. Despite being double and even triple-teamed a lot of the time, Oliver was still a force to be reckoned with as a rare interior lineman who can not only stuff gaps but explode into the backfield for sacks and tackles for a loss.

White or Oliver would be near-perfect picks at No. 10 overall, but as cruel irony will likely have it, neither will be still around when Denver’s on the clock.

So, when their time starts ticking, Elway and Co. must stay focused. They can’t stray and take Lock, nor Dwayne Haskins or Daniel Jones or any other quarterback for that matter. One of those young men could work out in the long run, but any of them at No. 10 would be a reach.

Instead, if the “other” Devin in Devin Bush is there, he should be Denver’s guy. Bush may not be quite as flashy as White, but his stats were quite impressive at Michigan and he was a finalist for that impressive Butkus Award. This year he was a second-team All-American with 80 tackles, 9.5 for a loss, five sacks and six pass breakups in only 12 games.

Denver’s need for inside linebacker help is glaring not only because they watched Brandon Marshall leave to the Raiders, but because neither Todd Davis nor Josey Jewell possess the athleticism needed in Fangio’s defense to shine. Simply, Bush’s athleticism, high IQ, ferociousness and versatility would make him a great pick for the Broncos at 10 overall.

Making the right pick this year — not a quarterback but a defensive player, and ideally a linebacker — is key for 2019 as well as the next four-plus years.

Elway, who said he wants to “win from now on,” has taken a lot of “Ls” lately. But, he’s worked to rectify those mistakes.

Vance Joseph proved to be the wrong man for Denver’s head coaching job, and the Duke of Denver made the smart choice to move on from him. His replacement in Vic Fangio seems night-and-day better, more qualified and better positioned to be a stellar head coach.

In the free agency period, Elway made deft decisions on former personnel, letting guys like Ray, Darian Stewart and Bradley Roby walk while bringing in star talents Kareem Jackson and Bryce Callahan. And while it wasn’t a sexy pick-up, Ja’Wuan James should be a cornerstone of that offensive line who lost the valuable Matt Paradis in the middle.

And, like it or not, Joe Flacco was a definite upgrade over Case Keenum and the veteran quarterback provides the Broncos with a lot of flexibility going forward as they’re not tied to him.

Finally, after a dismal 2017 draft, Elway and Co. put together arguably the best draft class of 2018 from top-to-bottom.

Now, he’s got to follow-up 2018’s class with another star-studded one. Or, at the very least, find a long-term stud with that No. 10 pick. 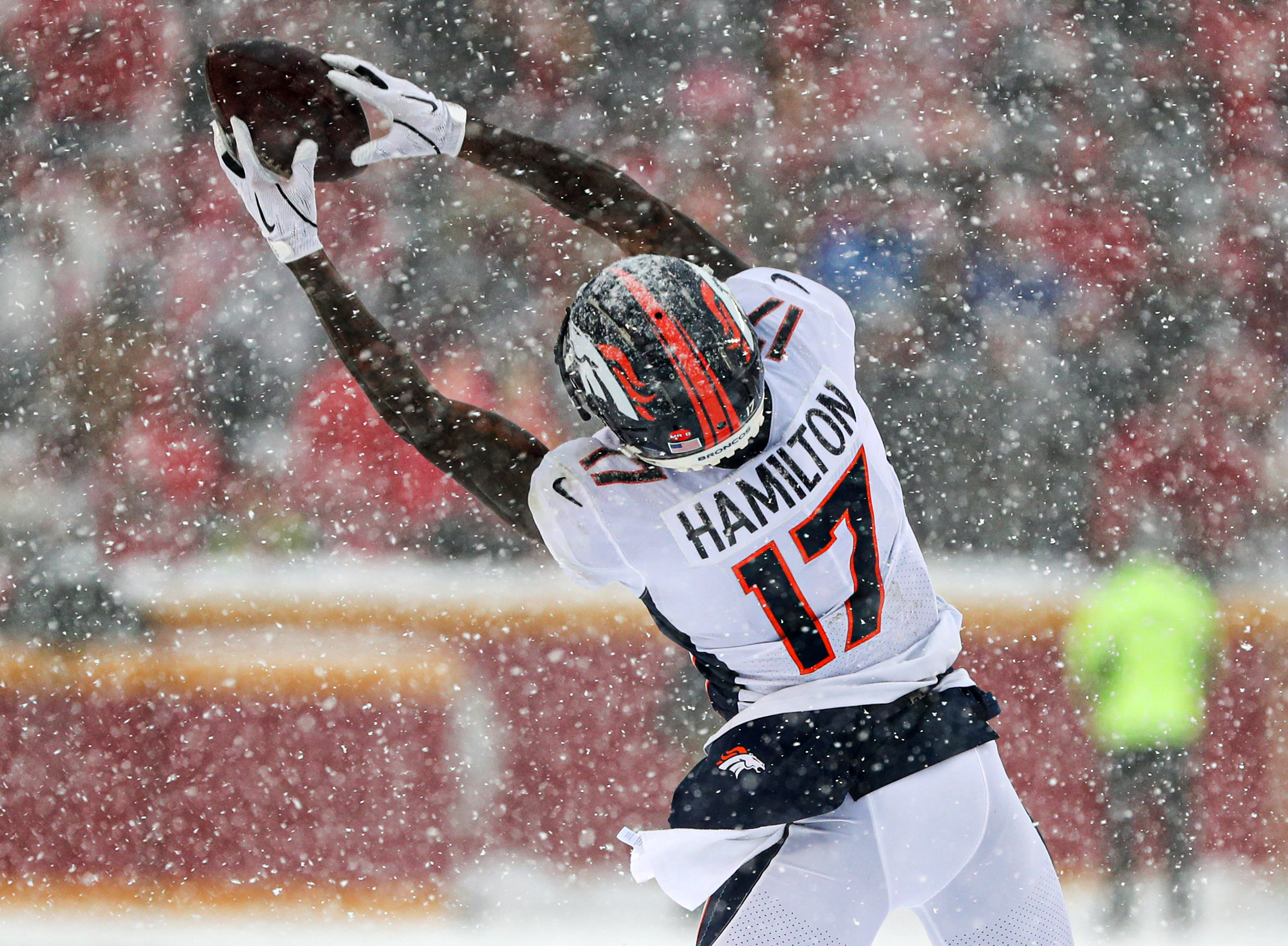