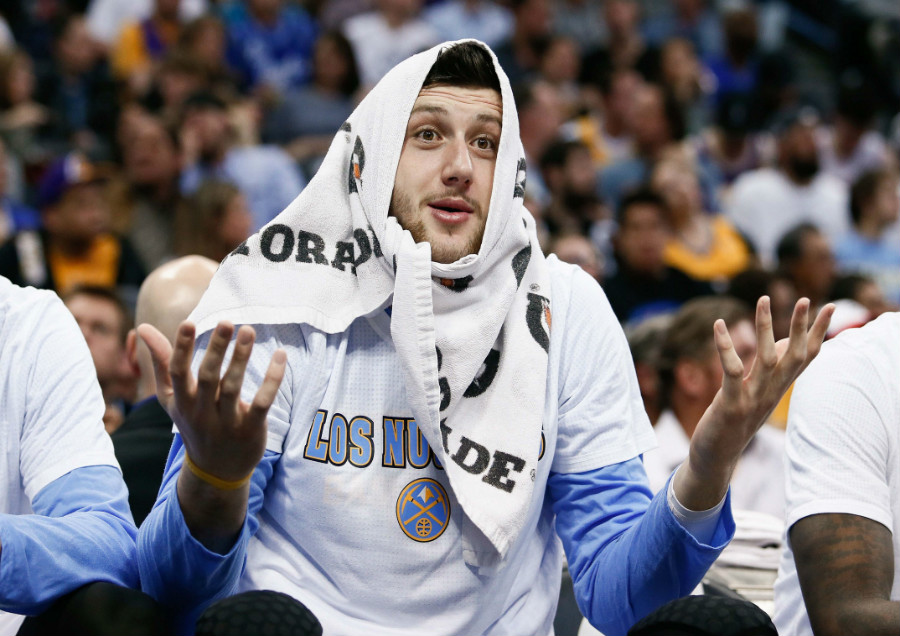 The Denver Nuggets had high expectations for Jusuf Nurkic coming into this season, but things have not gone quite as smoothly as the basketball world was expecting for the Bosnian big man.

Jusuf Nurkic is a seven foot beast that has flashed greatness in his young career. He has all the tangibles to be a great player in the NBA, but injuries, work ethic and physical shape have limited his playing time.

When he’s been on the court, he’s been terrific, but the most questions surround Nurkic when he’s off the court.

This year, it was expected by Nuggets faithful that Nurkic would take the next step in his career; he would solidify himself as a starter, leader and future centerpiece on the team.

But that was before Nikola Jokic emerged onto the scene as the NBA’s quiet superstar rookie. Jokic took the world by storm when he came in and immediately had an impact on the squad, leaving Nurkic in the rear view mirror.

Nurkic became a ghost at points during the season. Media couldn’t find him; he was the first guy out following games, and the last guy out of the locker room at the half. No one really knew what was going on.

Was it his knee? His physical shape? Off-the-court issues? Everything and anything seemed to be in play.

Nurkic did not appear in eight straight games out of the All-Star break despite being listed as active and being healthy according to Coach Malone.

It got to the point that no one knew if Nurkic would see the hardwood again for the rest of the season; however, on March 10th, the Bosnian made his return, managing to snag four minutes of playing time in the Nuggets’ game against the Phoenix Suns.

Although the playing time was not substantial, it was good to see Nurkic back on the court.

Following the game against the Suns, Nurkic began to take, reminding everyone of the potential he still had.

All season long, coach Malone stressed to the media that guys have to earn their playing time with this squad, and that is exactly what Nurkic did in the middle of March.

He has really stepped it up lately, becoming a threat on both ends of the floor. His skill has never been in question; it has been his work ethic and inability to stay healthy that has created the skeptics.

Nurkic missed the first 33 games of the year with a knee injury, and when he did return, he was not able to earn his stripes, which resulted in the disappearance.

It’s critical for Nurkic to finish the season strong. Not just for his own confidence, but for the confidence and trust of the front office.

Nurkic has taken a big step in the right direction as this year begins to wind down, so hopefully he gives it all he’s got and proves that he can blossom into a star in the NBA.

“Going back to that game against Washington, Nurk has done a good job for us,” Malone said. “He’s been very solid on both ends of the floor for us. The thing that excites me most is that his knee is really responding well to all of games and minutes he’s playing. There has not been a setback, which I think is the most encouraging thing. He’s got more games to keep proving himself and playing at a high level.”

Malone laid it out perfectly: Earn your stripes and your playing time will come.

The remaining games and offseason are critical for the development of Nurkic, so hopefully he picks it up and continues to show why he can be the future of the Nuggets organization.