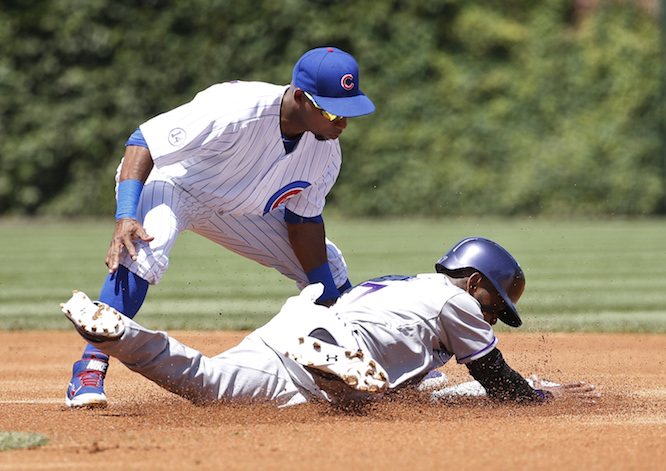 The domestic abuse charges against Colorado Rockies’ shortstop Jose Reyes have been dropped because his wife refused to cooperate with Maui authorities. However, Reyes will most likely still be disciplined by the MLB. This presents a perfect opportunity for the Rockies to begin to right this extremely sunken ship.

It was clear that Troy Tulowitzki needed to go at the deadline last season. The Rockies needed to begin to build in a different direction, and Tulowitzki needed a place to win. Fans will learn in time what the pitching prospects that came in return for Tulowitzki will amount to, but fans have already realized that Reyes is unwanted garbage.

Reyes batted .259 with three home runs and 19 RBIs in 47 games with Colorado last season. His defense was less than spectacular and his speed was greatly diminished compared to the player that he was while with the New York Mets. Not to mention, Reyes is due $56 million through the 2017 season.

The bigger concern for fans should be the fact that Reyes is still a member of the Rockies’ roster. During an age in sports where domestic abuse is extremely frowned upon, and the consequences of committing such crimes are the most severe that we’ve seen before, it’s time for someone to make a statement with Reyes.

The fact that the charges have been dropped should not mean a thing to the Rockies. Any player that has allegedly done this to a woman should not have a place on this baseball team. Reyes represents that small percentage of professional athletes that have that unique combination of scum character and insanely pricy contract — throw in his quickly diminishing skill and you have a hodgepodge of, well, crap.

The Rockies have a long way to go before fans can actually call them contenders again, but it makes things much easier for fans to get through this process if they are watching high-character and likeable players.

It will not be an easy task to accomplish, but the Rockies need to get rid of Reyes. The market won’t be high for the first player to be put on paid leave because of domestic abuse in MLB history. The market also won’t be high because of his pricy contract and diminished abilities, either.

If Colorado cannot move Reyes, the team should do everything necessary to cut him. The team has a solid prospect in Trevor Story, who will be the opening day shortstop. The Rockies also have decent depth behind Story, with Daniel Descalso and Cristhian Adames.

Ridding itself of Reyes would be the best thing the Rockies could do for their team and image right now. This is more about doing the correct thing than it is about making a sound baseball decision. Losing baseball games is one thing; saying domestic abuse is acceptable, and employing a man who should be in jail, is something no fan should have to deal with.