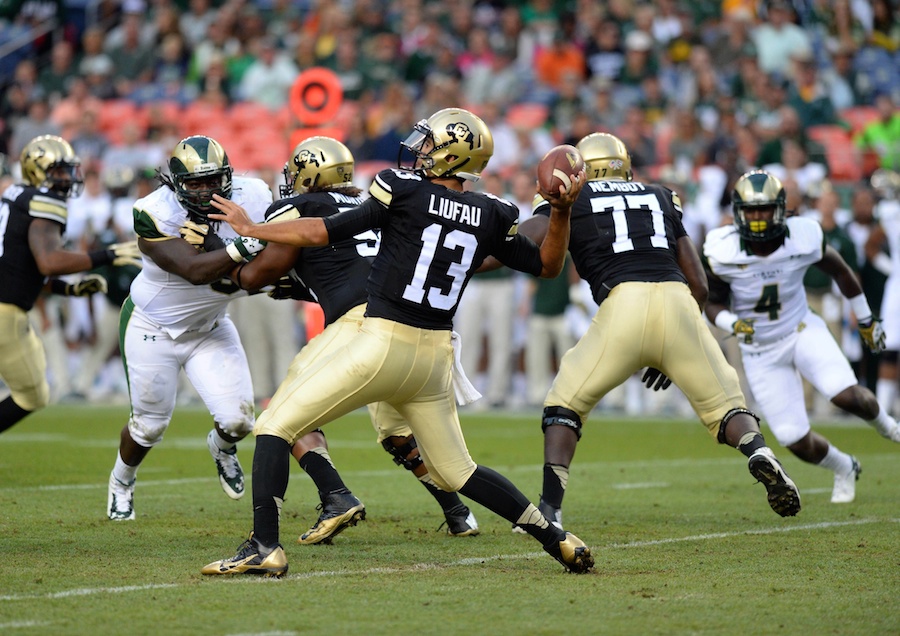 The Colorado Buffaloes and Colorado State Rams will once again take over Sports Authority Field on Saturday for the annual Rocky Mountain Showdown.

Both teams sit at 1-1 with each loss coming in very close fashion. CU dropped its opener in Hawaii by just one score, 28-20, while CSU fell to Minnesota this past weekend in overtime by a final score of 23-20. The Buffs beat UMass in Week 2 while the Rams crushed Savannah State in their opener.

Colorado is favored in the game by a field goal even though many people are still high on the Rams. Regardless of what side of the rivalry you check in on, everyone can agree the better this game goes the better it will be football at the college level in the state of Colorado. It’s fun when both CU and CSU are good; let’s hope for a classic showdown on Saturday.

Whether you’re going to the game, watching on television or following along on your phone there’s plenty to know so you can watch with an educated eye. Here are three important things to be aware of before the annual Rocky Mountain Showdown this weekend.

No. 3 — The Rams have a pretty crazy streak in play

Hey @Ram_Ruckus, YOU made a difference in last year's #RMShowdown. We're calling on you again! pic.twitter.com/b3r8Atpw41

Rams fans will love this. Did you know CSU has beaten a power-5 school in each of the last three seasons? A win on Sunday would extend that streak and put the football program in some pretty elite company. A victory means the run would become the second longest in the country at four straight years. Pretty cool.