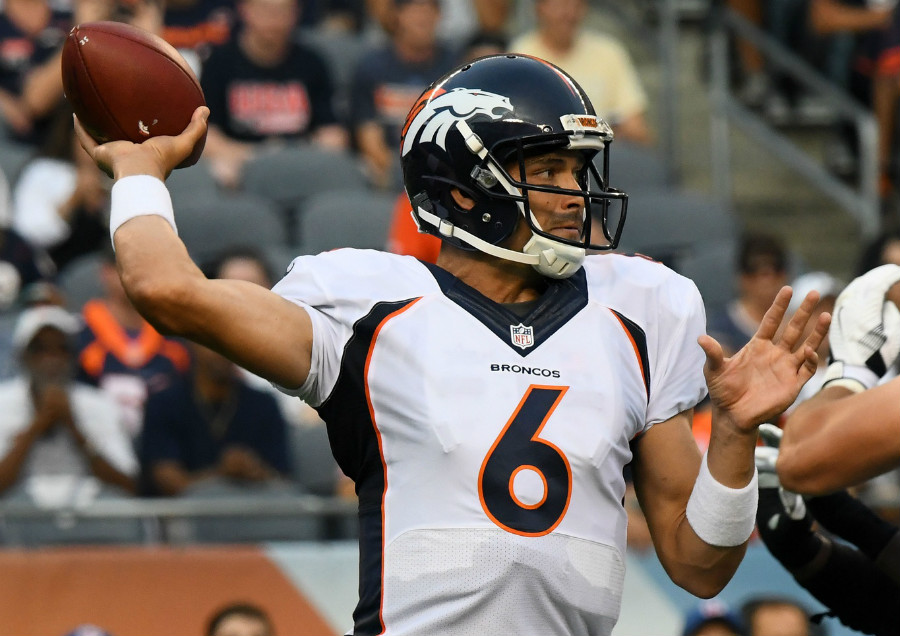 Denver’s quarterback competition just got a lot more complicated, and not for the good reasons. Heading into halftime in their second preseason game, neither Trevor Siemian or Mark Sanchez had made a case for themselves to start come September 8.

Siemian took the field with all the confidence of a guaranteed starter Saturday night. He led Denver down the field for a touchdown in the first drive of the game.

Starting at the 14-yard line, Siemian had just a single incompletion on the drive, and connected with Emmanuel Sanders, Virgil Green and Demaryius Thomas for big-yardage plays and a series of first downs.

His next three possessions, though, were not quite as impressive. He started the second quarter with a pick-six to Eric Reid. On his next possession, his only contact with the ball was on a hand off to rookie Devontae Booker. Then, Mark Sanchez entered the game.

He thoroughly out-shined Siemian in his first couple of possessions, connecting with Cody Latimer and Jordan Taylor and driving the Broncos down for a field goal.

He followed that performance with another promising drive before getting sacked and promptly coughing up the football on the Broncos 30-yard line with a minute left in the half.

Zaire Anderson forced the football out of Mike Davis’ hands and right back into Sanchez’ on the very next play. Sanchez nearly had himself a touchdown, making two promising passes to Taylor, but they couldn’t connect. And then, Sanchez pulled a Sanchez and coughed up the ball up again.

Denver missed out on a chance to shorten the 49ers’ lead before half, and both Siemian and Sanchez missed out on proving once and for all that they should be the starting quarterback Week 1.

Head coach Gary Kubiak has his hands tied at the quarterback position, and it’s for all the wrong reasons.

What should the Broncos expect from their 2020 rookie class?