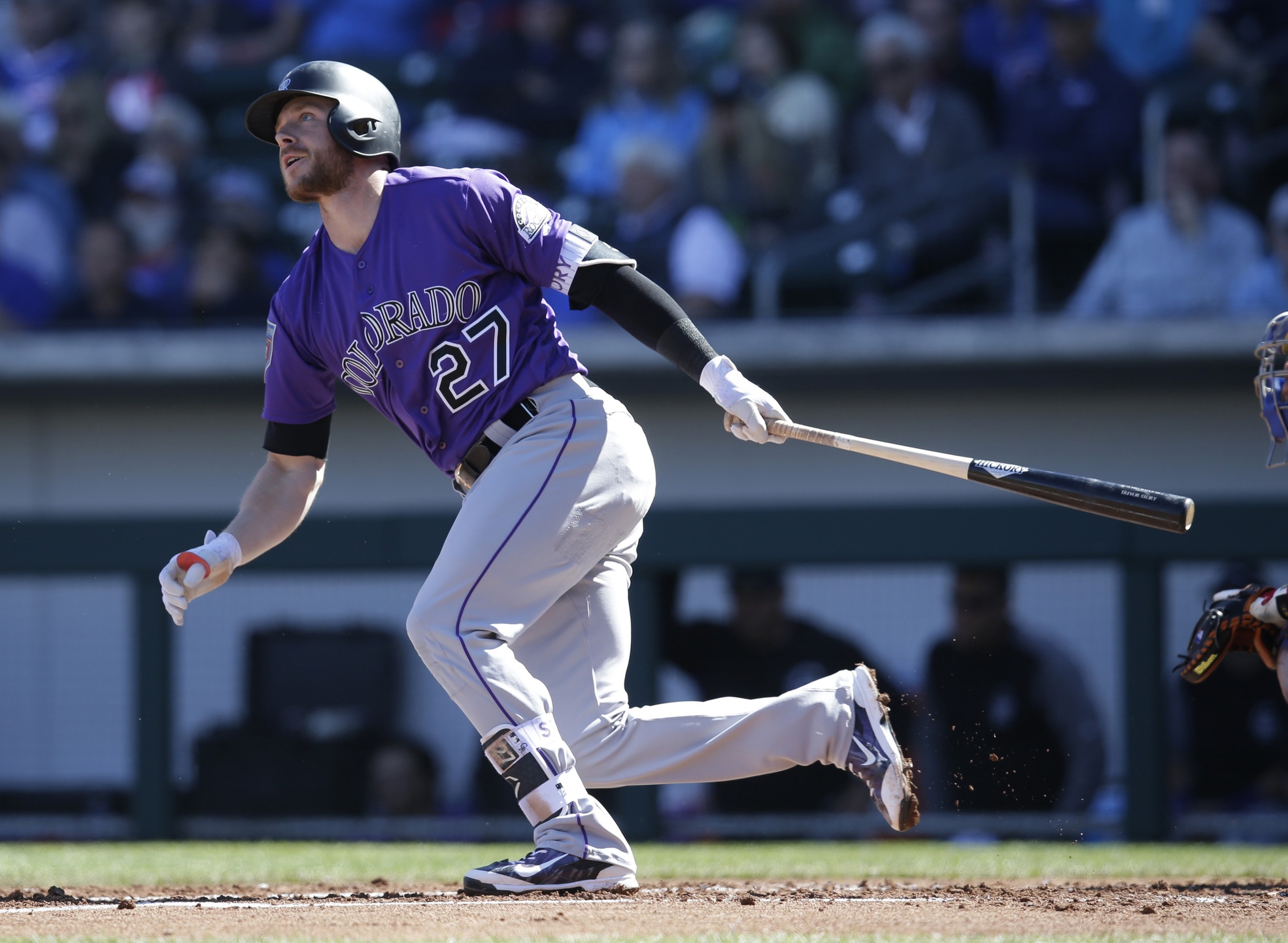 With Opening Day just a stone’s throw away, there is an undeniable buzz surrounding the Colorado Rockies. The Rockies hope to build on their head-turning performance in 2017 by returning to the postseason and competing for the first World Series championship in franchise history.

Last season was an excellent year for a majority of the Rockies. Nolan Arenado and Charlie Blackmon finished fourth and fifth in National League MVP voting, respectively. DJ LeMahieu won a second Gold Glove Award. Gerardo Parra was a Gold Glove finalist and hit a career-high .309.

Shortstop Trevor Story, however, struggled to find a groove in a sophomore season that was boom or bust at the dish. After a rookie season that put his name on the map, primarily due to his early season power surge, there were high expectations for Story to be a threat in the middle of Colorado’s lineup in 2017.

Story did blast 24 home runs for the Rockies last season, but he also struck out a whopping 191 times — the fifth-most baseball and tops in the NL. Story’s power numbers are impressive; nearly half (59) of this total hits (120) last season were for extra bases. But Colorado needs more than a .239/.308/.457 slash line from him.

Entering his third season in the majors, Story has made a concerted effort to cut down on those strikeouts. He believes improved discipline at the plate will help push the Rockies back into the postseason, and hopefully beyond.

“We are excited,” Story said of the Rockies entering 2018. “We are confident; we had a good year last year. We made it to the playoffs; that was one of our goals, but it wasn’t the final goal. [Last year was] good stepping stone for sure, hopefully we can carry that over to this year.”

For Story, a large part of cutting down on those strikeouts centers around his plate approach. Story previously would jump out in front in his at-bats. His success swinging at first pitches last year posted a.462 batting average; however, when the count was not in his favor, he struggled immensely. Story hit just .165 with 101 strikeouts when behind in the count. Changing his approach, he knows, will be critical to improving on last season’s .239 batting average overall.

“A lot of it is approach-wise — the mental side of it.” Story said. “That experience is big. I feel like I’ve had some really good times, and I’ve had some bad times. To learn from both of those, just knowing myself and what makes me be the best player are things that I’ve learned about myself.”

Story came on strong at the end of last season and managed to increase his walks in the month August, registering 11 — by far his highest monthly total in 2017. Story also settled into a bit of a groove in September/October when he hit .269; however, his strikeouts remained an epidemic with 68 from Aug. 1 through the end of the regular season.

Both Story and Rockies manager Bud Black are confident that the 25-year-old can iron out his issues at the plate and develop into a solid, all-purpose hitter in the coming season.

“Yes,” skipper Bud Black said when asked if Story can balance his game offensively. “Is it going to happen overnight? No, but I think we saw it gradually happen in the second half of last year.”

“What we saw the last two months was a version of Trevor Story that was better than the first half, and I think that will continue,” Black said. “I think Trevor’s challenge and goal, what he has in his mind, is to close that gap between the walk and the strikeout and the strikeout to the at-bats, and that will come with time as he continues to really see big league pitching, what big league pitchers are trying to do to him, his approach each and every night through a particular situation, all those things are improving … I think he’s in a real good spot to move forward,”

Story has impressed so far in Spring Training with a batting average of .370 and an OPS of 1.127. He has continued to work on utilizing the entirety of the field to his advantage.

“I think it’s important to use the whole field,” Story said. “I think that’s what the best hitters do and it’s tough, but that’s something that I’m working towards for sure.”

After a phenomenal rookie season that was cut short due to injury and a second season that was hindered by the infamous “sophomore slump,” Story is ready to bounce back and push the Rockies forward in 2018.