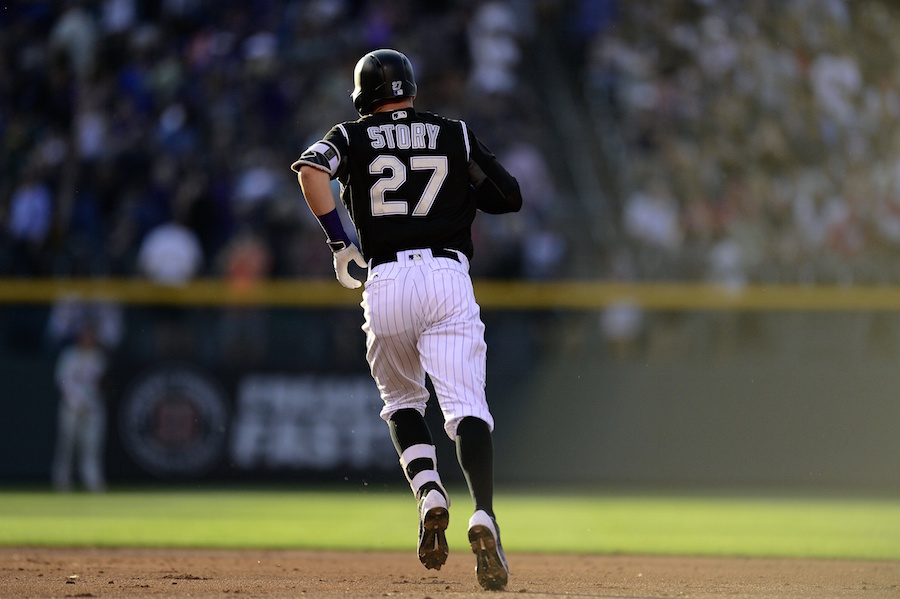 Trevor Story wasted no time on Saturday night getting a record out of the way in an 8-4 victory over the Atlanta Braves at Coors Field. In his first at-bat of the night, Trevor Story sent a 1-2 offspeed pitch in the second inning over the center field wall to give the Rockies an early lead and establish himself as the new leader for home runs among rookie shortstops.

With home run number 25 on the year, Story passed former Rockies shortstop Troy Tulowitzki, the man he replaced (minus a brief interlude of Jose Reyes) as the anchor of the Colorado infield. Story isn’t worried about the record, though.

“After the season, I can look back and enjoy, but right now, I’m in a grind mode — head down, working,” Story said postgame.

That attitude caused him to further extend his lead on the newly minted record. In the bottom of the eighth, Story delivered his second home run of the game – a solo shot that gave Colorado its final run of the game.

It was a career night in other ways for Story, who went 4-for-4 with 5 RBIs and a stolen base. He became the first rookie to do so since Bo Jackson and joined Larry Walker, Vinny Castilla and Dante Bichette as the only players in Rockies history to have such a night.

The Rockies will go for a four-game series sweep of the Braves on Sunday.