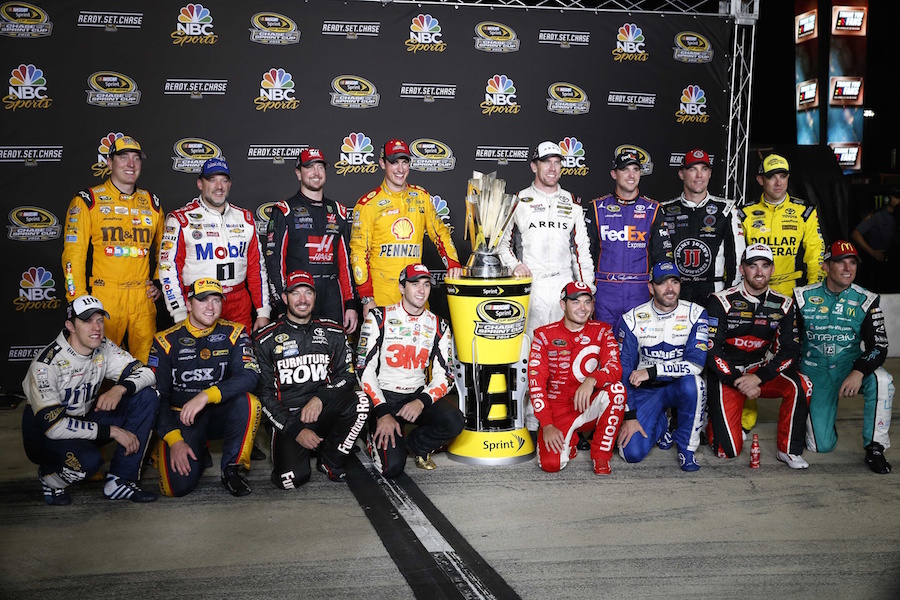 But for Martin Truex Jr. keeping it simple and fast is the best blueprint to have success in the Chase, NASCAR’s version of the playoffs.

With two crown jewel wins in the regular season (Charlotte and Darlington), Truex feels his Furniture Row Racing team is well prepared for the 10-race postseason, which starts Sunday at Chicagoland Speedway in Joliet, Ill.

The 36-year-old driver speaks from championship experience. He is a two-time NASCAR Xfinity Champion (2004, 2005) and last year he reached the final four in the Chase for the Sprint Cup Championship.

“You keep on doing what got you to this position,” said Truex, who is coming off back-to-back finishes of first (Darlington) and third (Richmond). “You want to start the Chase on the right foot by having a consistent day with no mistakes and then carry the confidence and momentum through the remaining races. A pretty basic strategy, but it does work.”

Truex, who will drive the No. 78 Furniture Row/Denver Mattress Toyota this weekend, will be making his fourth career Chase appearance. And for the single-car Furniture Row Racing, this will be the team’s third Chase berth in the last four years.

Truex starts the Chase sixth with 2006 points. The 16 Chase drivers in the first round will automatically be awarded 2000 points plus three additional points for each win during the 26-race regular season. After the first round – Chicagoland, New Hampshire and Dover – 12 drivers will advance to the second round of the Chase.

Before the final-four drivers contend for the season championship at Homestead-Miami Speedway, they will have to tackle nine challenging venues along the way. The good news for Truex is that five of the 10 Chase races are at mile-and-a-half tracks, including Sunday’s Chase opener at Chicagoland Speedway.
Truex’s performance at the 1.5-mile ovals this year has been impressive. He led the most laps at Texas, Kansas and Charlotte and was also a strong contender at Kentucky. He won Charlotte Motor Speedway’s Coca-Cola 600, which he dominated by leading 392 of 400 laps and a NASCAR record for miles led at 588.

“The mile-and-a-half tracks have been great for us,” said Truex. “However, I feel we can win anywhere we go now. We have a great team led by our crew chief Cole Pearn and I have all the confidence that they will continue to bring really fast Toyota Camrys to the track during the Chase.”

Even though Chicagoland is a 1.5-mile oval, Truex knows that his No. 78 Furniture Row/Denver Mattress Toyota will be challenged by the bumpy track.

“Chicagoland is a high-speed track and the grip has been going away the past few years” noted Truex. “You have to do a lot of things well there to be fast. You will need the whole package to have success because the bumps and surface will throw a curveball to the car setup.

“The hardest place is probably turns three and four because of the bumps in the middle of the corners. Just managing the bumps is tricky and these cars don’t like bumps.”