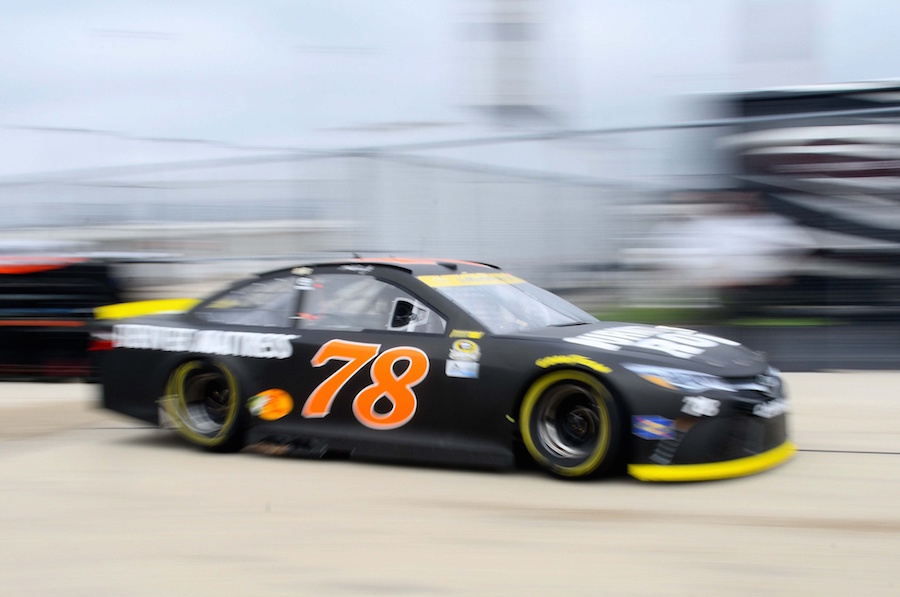 The Furniture Row Racing driver fell five hundredths of second short of claiming his fourth pole of the season. Truex’s time at the 1.058-mile oval in the pole shootout round of 12 was 28.169 seconds at 135.212 miles per hour. Fellow Toyota driver Carl Edwards grabbed the pole with a time and speed of 28.119 at 135.453.

The qualifying effort marks the 19th top-10 starting position of the season for Truex, who leads the Chase standings. He also has an automatic berth in the next round of the Chase playoffs due to his victory last Sunday at Chicagoland Speedway.

“We had a shot at it (pole) but just slipped a little bit in the middle of [turns] one and two and lost a hair of time – but all in all a good effort,” said Truex. “It was a good day in general and we’re ready to roll on Sunday. Right now this is the one track I really want to win at. It’s a special place for the Truex family. My dad, my brother and I have all won here, but still looking for that first Truex win in the Cup series.”