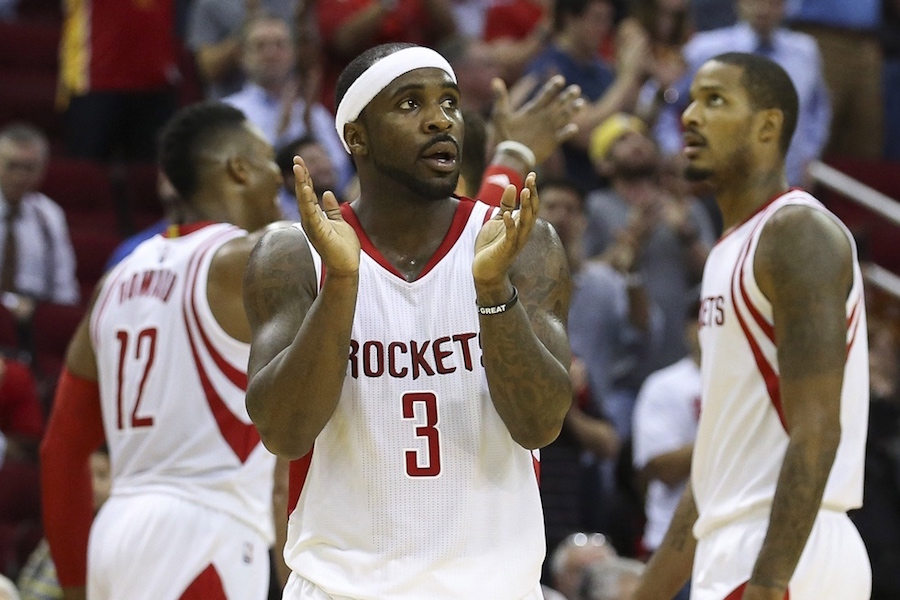 Ty Lawson had an opportunity to hurl some verbal garbage at the Denver Nuggets during Friday’s pregame shoot around.

“I had a good couple years here,” Lawson said. “It was my first opportunity and chance, so I have nothing bad to say.”

Lawson is back in town for the first time since the Nuggets shipped him to Houston following a very public breakup. The 28-year-old said it wasn’t weird to be back at Pepsi Center, although he cited the new locker rooms as a reason that the building “feels different.”

Lawson pointed reporters to a pair of prototype slippers he is promoting. The goofy, over-stuffed footwear are modeled after basketball shoes, and are called “Sleekers.” After fielding a handful of questions, he shuffled off the court like a kid heading to bedtime.

On all questions regarding the breakup, Lawson smiled and said very little. He had no regrets. No hard feelings. It was what it was.

“Things happen for a reason,” he said.

I know — we live in an era of scandal-weary athletes and overenthusiastic public relations officials. You can’t expect Lawson to publicly trash the Nuggets, even though his tenure with the team ended badly.

Whether Nuggets fans offer Lawson the same courtesy is yet to be seen. Many fans undoubtedly remember Lawson’s two arrests, stints in rehab and suspicion of DUI, as well as the now-infamous “You could smell it” comment made by team president Josh Kroenke.

But its undeniable that Nuggets fans had a good six-season run with Lawson at the helm. He became the Nuggets’ go-to guy after the departure of Carmelo and Chauncey Billups. He was a steady scorer and playmaker who knew how to read defenses and react. He’s ranked four all-time for the team in assists and sixth for 3-pointers. In 2013-14 he averaged 17.6 points and 8.8 assists.

Whether that keeps fans from booing Lawson is to be determined.

“These fans, I gave them six good years, so we’ll see what they got for me,” he said.

For those fans attending tonight’s game, seeing Lawson will probably be like running into your ex-girlfriend (or boyfriend) at a party. You laugh and remember the fun times; experience a fleeting moment of nostalgia and post-breakup regret; and then remind yourself about why things ended. You smile, leave to grab a beer, and tell yourself that you’re both in a better place.