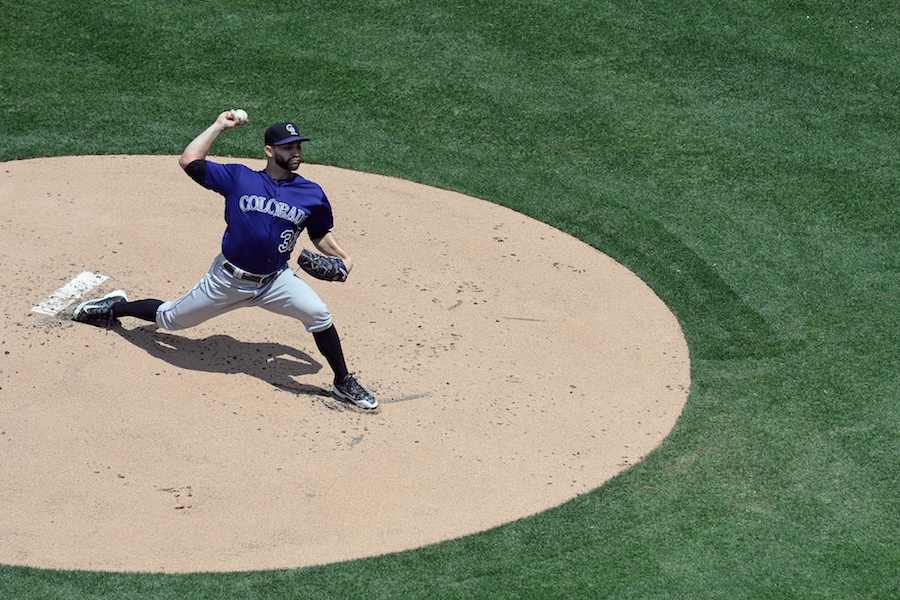 Tyler Chatwood pitched 6.2 innings of one-run baseball against the San Diego Padres on Friday night, but it was what he did with his bat that delivered the win for the Colorado Rockies.

Chatwood was 2-for-3 at the plate with a run scored and two RBI, including a two-run triple in the seventh inning to give the Rockies a three-run cushion they would hold for the rest of the night. The Rockies starter singled in the third inning and scored on a Charlie Blackmon home run to open the scoring for Colorado.

It was an important, bounce-back win for the Rockies after losing 14-1 on Thursday in the series opener. The bullpen, taxed after a long night Thursday, allowed no hits over 2.1 innings between Jake McGee (0.1), Boone Logan (1.0) and Adam Ottavino (1.0).