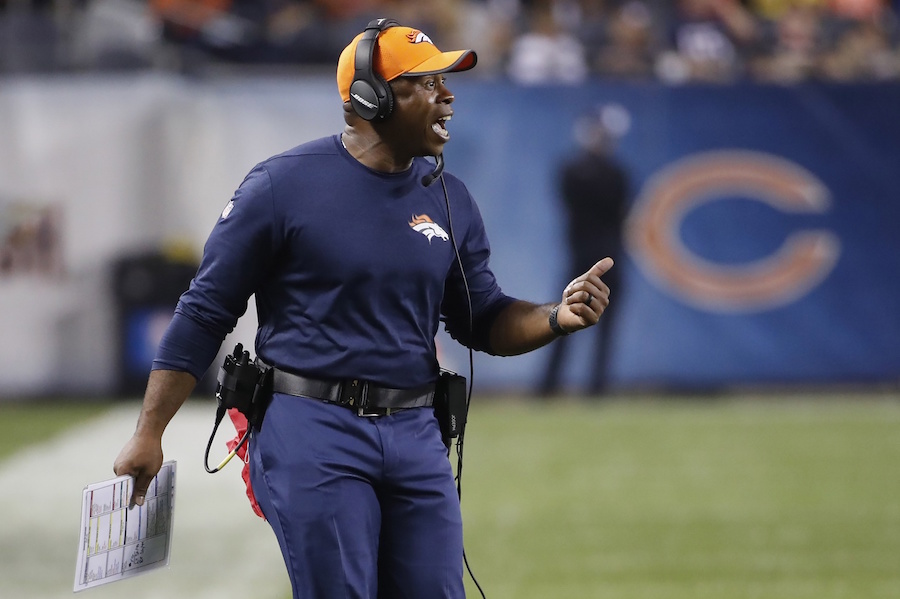 Saturday Sept. 2 could very well be one of the most hectic days in NFL history.

As you’ve probably noticed, the Denver Broncos, and every other team around the NFL, still have 90 players on the roster as they head into their fourth preseason game. That’s because the 2017 season is the first season in which there will be only one cut day. On Sept. 2, each team will have to set their initial 53-man roster. That also means that there will be a lot of free agents hitting the market at the same time.

Unfortunately for head coach Vance Joseph, that also means 37 tough conversations with guys that have worked hard to get to where they are.

“You’re honest with the guys,” Joseph said on Tuesday about how he is preparing his team for roster cuts. “It’s a hard deal. When you watch these guys work hard for four to five months – Saturday and Sunday is going to be the last time playing football. It’s a hard deal. You just want to be honest. Just talk to every guy as they leave the building about their next step, whether it’s a next team or it’s over. It’s a tough conversation.”

With a tough day looming, it’d be easy for Joseph to focus on that rather than Thursday night’s final preseason game against the Arizona Cardinals. But that’s not what Joseph is doing, and his team shouldn’t be either. He knows that one performance has the possibility to change the landscape of a roster.

“Absolutely, one game can make a difference for the young guys,” Joseph said of Thursday’s game. “We have a lot of battles that are really, really close. If a guy makes a great play, that can turn a coach. That can turn [President of Football Operations/General Manager] John [Elway]. Obviously, a guy making plays for [Special Teams Coordinator] Brock [Olivo], that could definitely turn myself or John.”

The Broncos find themselves short a quarterback with a little under two weeks before they take on the Los Angeles Chargers on Sept. 11. Joseph said yesterday that the team wouldn’t add a quarterback this week, but he’s not sure how adding one in the future will change the makeup of the roster because he simply can’t think about that just yet. His focus is on Thursday. Once Thursday is in the books, he will focus his energy on the decisions that need to be made.

“I’m not sure,” Joseph said. “That’s more for Saturday and Sunday. My mind isn’t there yet to be honest. We have a game to play. Something is going to happen Thursday night that is going to shift our thinking. So, I’m not there yet to decide on numbers.”

The players clawing for a roster spot should be thankful to have a coach that thinks like Joseph. He know’s that Thursday might be the last time some of these guys ever play football, and he’s going to let them make the most of that chance.

“This game is going to be big for the young guys,” Joseph said. “Obviously for the roster, but also for the 10-man practice squad. That’s a big deal for these young guys.”