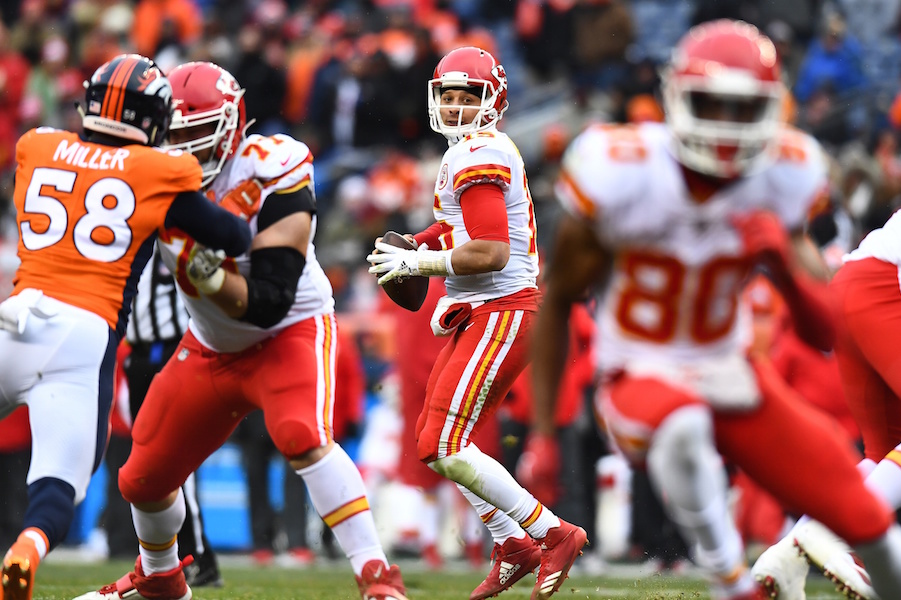 The Denver Broncos will look to win their third consecutive game when they travel to Kansas City for a showdown with the Chiefs.

Since Denver pivoted to Drew Lock as the teams starting quarterback, a breath of fresh air has taken over the Broncos franchise.

While Lock has been sharp in his first two games as a starter, the Broncos defense will be the critical component on the field Sunday should Denver want to emerge with a victory.

Led by quarterback Patrick Mahomes, the Chiefs have one of the best offenses in the league this season, averaging 381.7 yards and 28.5 points per game, two figures that rank in the top-5 in the league.

Kansas City has built its offense around Mahomes, providing him with quick, versatile receivers that allow him to stretch the field. Additionally, Mahomes mobility allows him to extend plays and be elusive to defenders.

Head coach Andy Reid’s playbook is like a bag of tricks, and the Chiefs always shake things up by sliding players along the line of scrimmage with pre-snap motions, making their offense challenging to get a read on.

Gameplanning for a game against the Chiefs requires precise attention to detail given their elaborate makeup on offense.

“They have versatile players,” Fangio said. “They have a bunch of guys that can align anywhere in their formations and do good things from those alignments. They’re a tough assignment. That’s why they’re really good.”

One reason the Chiefs opt for consistent motion at the line of scrimmage is to create favorable matchups versus the defense. By having versatile playmakers, Kansas City can shift into an abundance of positions, providing Mahomes with numerous play options when lining up against a defense.

“He’s looking for mismatches, and he’s looking to make it hard to give special attention to a particular player or two,” Fangio said. “Just to get you back on your heels a little bit before the ball is snapped.”

Of the Chiefs playmakers, wide receiver Tyreek Hill is arguably the most dangerous. With lightning-fast speed, and a substantial catch radius, Hill is one of the most challenging receivers to contain any given Sunday.

Despite being sidelined with an injury this season, Hill has managed to grab five touchdown passes and 44 receptions, nine of which are for 20-plus yards.

“There’s been some fast guys, but I do think he’s the fastest that I’ve seen in my time,” Fangio said of Hill. “He is very athletic. He’s not just a straight-line-track-guy fast. He can change direction on a dime really quick. Great runner after the catch. [He’d] probably be a hell of a punt returner if they wanted him to be. He’s super talented.”

The Broncos will have their hands full Sunday, but Denver’s defense has been sound this season, especially against the pass.

The Broncos have allowed an average of 215.9 passing yards per game, which ranks 6th in the NFL. Playing the Chiefs is no walk in the park, but with Chris Harris Jr, Von Miller, Alexander Johnson and Justin Simmons on the other side of the ball, Denver has the blueprint for slowing down Kansas City.