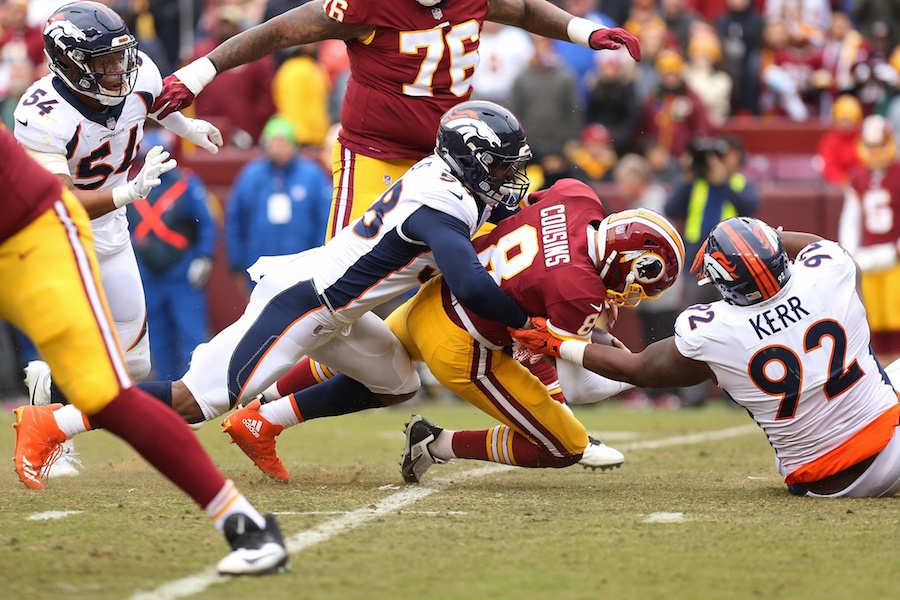 Another year, another prestigious award for Denver Broncos star pass-rusher Von Miller. Miller was named to the Pro Football Writers of America’s ‘All-NFL Team’ for the fourth consecutive year on Monday.

Miller finished the year rated as the second-highest edge defender by Pro Football Focus, behind only the New Orleans Saints’ Cameron Jordan. Miller led the NFL in quarterback pressures for an edge defender.

Pro Football Focus ranked Miller (95.0) as the best Broncos player in 2017, regardless of position. The seventh-year linebacker out of Texas A&M finished the season with 52 tackles and 10 sacks; his sixth season with double-digit sack totals.