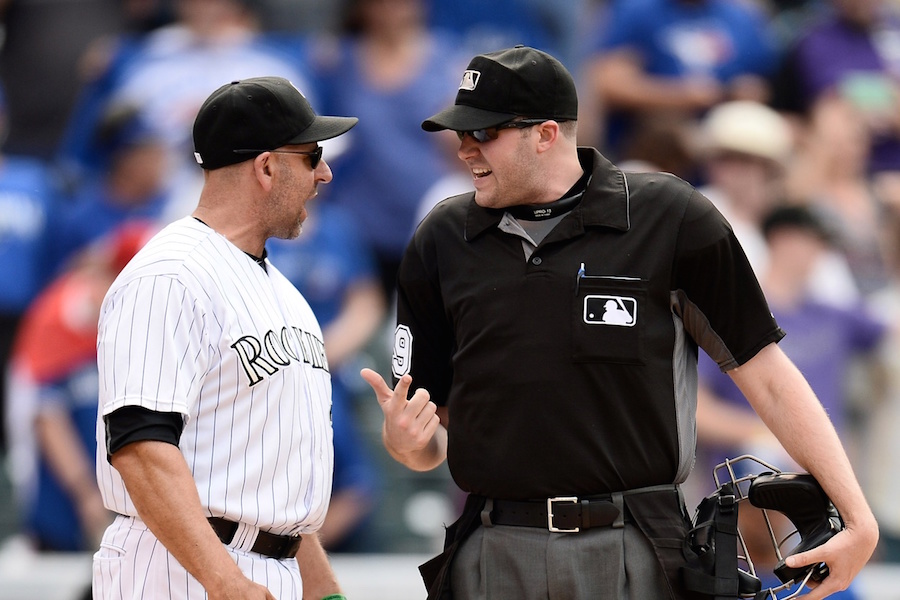 The result in the finale against the Toronto Blue Jays strongly paralleled the way the entire month of June went for the Rockies. The team had relatively strong starting pitching but was unable to complete the comeback. Even though they finished below .500 in June (13-14), which has historically been a tough for the club, it is still the best finish for the team under Walt Weiss. The team’s best player and arguably the best in the majors felt like his club left some runs on the table.

“I feel like we gave this month away,” Nolan Arenado said. “We had a lot of chances to win a lot of close games that we didn’t take care of. It’s frustrating but we are in a better position than we were last year.”

Arenado believes this team can still be a second-half team, but it’s going to have to start when starters like Tyler Chatwood and Chris Rusin get back in the rotation and Jake McGee and Adam Ottovino return to the back of the bullpen. The bullpen gave up too many runs this month and didn’t capitalize on five save opportunities.

“Ever since we left the last game in New York it hasn’t been very good,” Arenado said. “We’re competing we’re swinging the bat well. Our pitchers are competing. It’s just giving up a little too many runs. We’ve been making great comebacks and we’re doing a great job fighting but it ain’t going to last long. Especially when you face a guy like [Toronto starter Aaron Sanchez]. It was just tough. It was a disappointing home stand.”

While the Rockies only mustered one run against Sanchez, they got to closer Roberto Osuna by quickly scoring two runs to cut the deficit to 5-3. Down two runs with the bases loaded and two outs, Cristhian Adames struck out on a questionable check swing. Arenado could be seen irately yelling in the on deck circle, arguing the home plate umpire didn’t check with the third base umpire.

“I was upset, but you know, whatever. I mean, he called a great game today,” Arenado said. “[The home-plate umpire] did fine it’s just an out like that it’s just a big situation we had a chance to tie the game I think we should at least check. At the end of the day we probably didn’t deserve to win anyway.”

Arenado may have said that because Toronto thwarted a bases-loaded situation in the seventh as well, and Colorado only scored one run while starter Tyler Anderson was pitching. Anderson keeps giving this team a chance to win but is going through the same struggles that Jon Gray went through by having to wait awhile to get his first win.

Anderson said that he doesn’t directly talk to Gray about getting his first win but he shares the same mentality of trusting the process.

“I think people talk about it outside the locker room more than people inside this locker room,” Anderson said. “We score a lot of runs … That’s one of the best closers in the game and we almost came back and put up some right there. As long as we’re in a position to win then we’ll be okay.”

That is exactly the position Anderson has put his team in in every one of his four starts. He pitched six innings allowing three runs (two earned) with six strikeouts. He became the first Rockie to pitch at least five innings and allow two or fewer earned runs in his first four career starts. Maybe his most impressive stat of the day was throwing 106 pitches, 78 of them strikes.

“I really like what I see with Tyler. It’s a shame he doesn’t have a big league win yet. He’s going to get plenty of them up here pitching like that,” Walt Weiss said postgame. “But I really like the entire package. The pitch mix, the change up he can through any time and the ability to put sequences together. He has given us quite a lift.”

Anderson is going to be a big reason this team can get to the next goal of reaching .500. Weiss sees more belief in his clubhouse that they can be a good team than at any other point this season. This stems from better pitching presence from his whole staff and the team’s ability to stand up to adversity. Weiss said that the .500 milestone is important, especially with the way the team has been grinding for wins, but the overall goal is much bigger.

“I’ve been saying all along I think I truly believe this team is going to get better as they go on, contrary to what we have seen in recent years,” Weiss said. “[We are] getting ready to add some pieces. Some talented arms and I like the way were confronting challenges and fighting the way we are. I like the fact we are holding our ground. I think there are some good days ahead.”