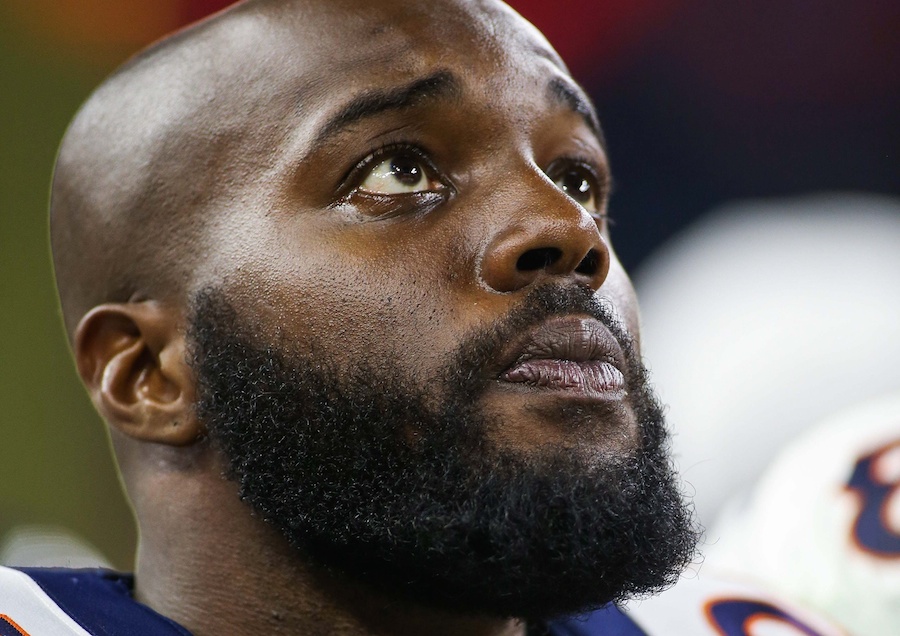 The Denver Broncos survived the Baltimore Ravens 19-13 to open the 2015 season on Sunday afternoon.

And it was a new guy, safety Darian Stewart, who saved the day, picking off Joe Flacco in the final seconds to seal the game. The interception came in the end zone.

And how fitting Stewart wears No. 26, the same as the departed goat Rahim Moore.