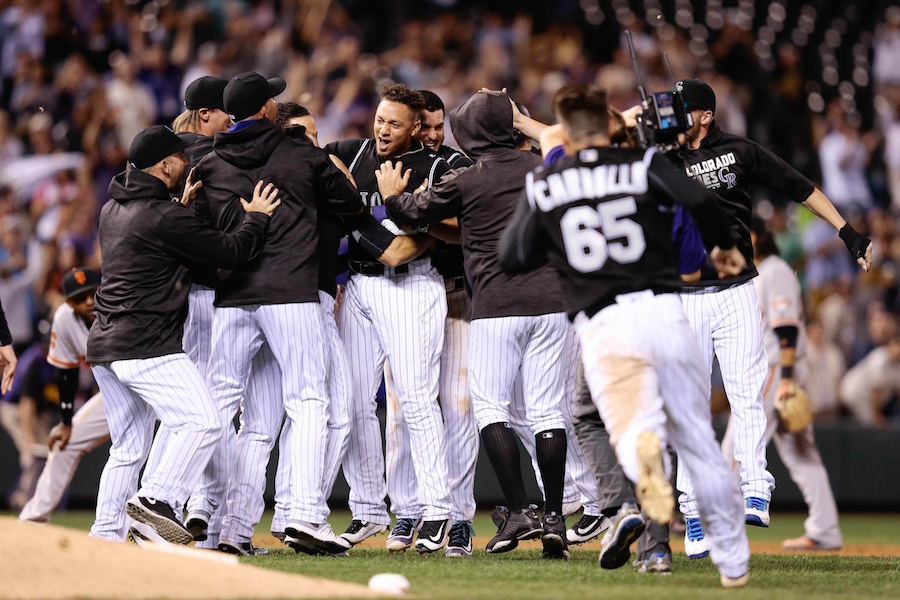 It’s been a rough go for the Colorado Rockies bullpen lately. On Tuesday night they blew another late lead, dropping the second game of a three-game series with the Giants. On Wednesday the bats came to the rescue while the bullpen broke its funk. Colorado came back from a two-run deficit in the ninth inning to win 6-5 on a bases-loaded Cristhian Adames double.

Speaking of breaking a funk, David Dahl ended a three game hitless streak – the longest of his career to that point. Dahl homered in the fourth inning, a second-deck shot that scored two runs. Nolan Arenado homered in the ninth inning to start the rally. The longball wasn’t the only story, though. Postgame, manager Walt Weiss praised it as a team win.

The Rockies took the series win, 2-1. They next head to San Diego for a four-game series with the last-place Padres.