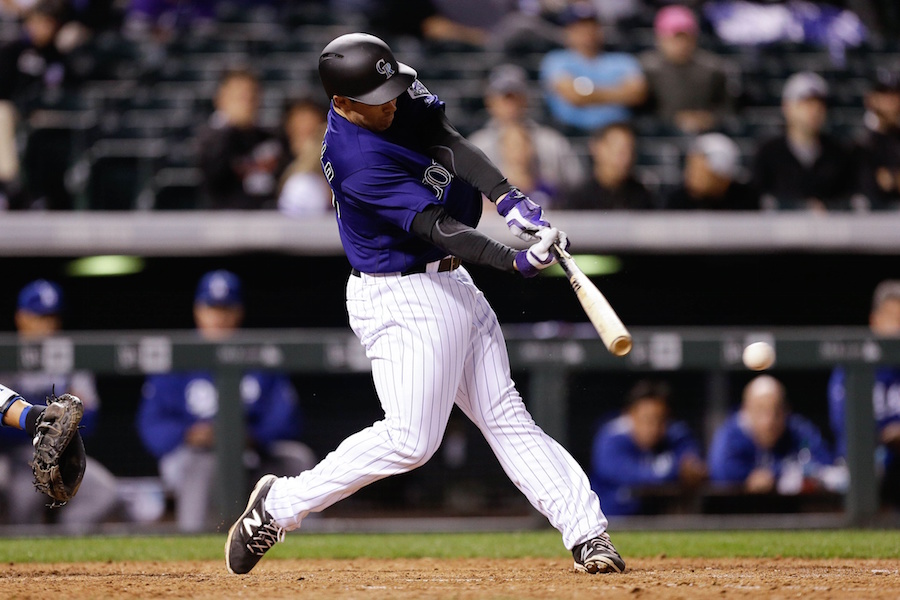 It’s been a banner week for (now) 29-year-old Stephen Cardullo. The rookie utility player was called up from Triple-A Albuquerque on Friday, Aug. 26 and logged his first MLB hit on Monday. On Wednesday – his birthday, no less – Cardullo slugged his first Major League home run in a 7-0 win over the Los Angeles Dodgers.

Cardullo’s pinch-hit solo shot came in the bottom of the seventh inning off Casey Fein to extend Colorado’s lead to 4-0.

It’s another amazing chapter in Cardullo’s story. Just last year he was playing for the Rockland Boulders in the independent Canadian-American Association just last year.

Colorado has now won the fist two games of the three-game series with Los Angeles, allowing just one run over 18 innings. The two teams will turn right back around Thursday evening and complete the series.

Tuesday night’s game was postponed due to rain and will be made up as the second half of a double-header Wednesday.