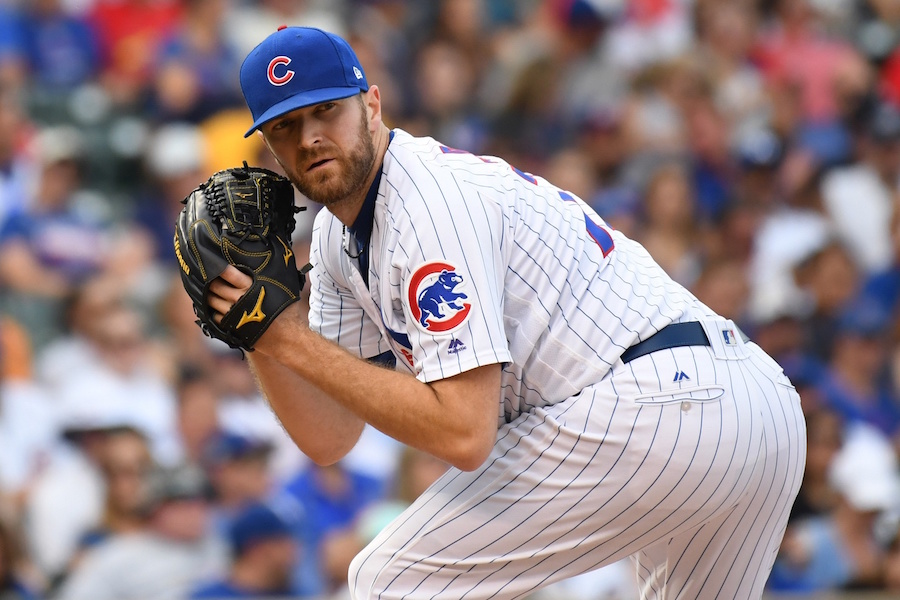 Since their debut in 1993, the Rockies have played October baseball only four times. There are many reasons for the lack of success, but one thing that seems to always be a thorn in the Rockies’ side is their bullpen or lack thereof. In a division filled with some of the most talented hitters and pitchers in baseball, Bridich needed to spend money to help bolster his young team and hopefully turn the losing tradition into a winning one.

Bridich has slowly but steadily improved the bullpen with the addition Jake McGee in 2016, Mike Dunn in 2017 and rolling the dice on Greg Holland bouncing back from Tommy John surgery after missing all of 2016. Bridich also made a savvy trade midway through the 2017 season for All-Star reliever Pat Neshek.

Holland tied the club record for saves (41) in 2017, but struggled somewhat down the stretch. He opted out of his player option for 2018 and remains a free agent. Neshek has since re-signed with the Phillies, but Bridich had two upgrades up his sleeve.

Davis, a three-time All-Star and World Series winner with Kansas City, has been one of the more dominant relief pitchers in baseball the past three years owning a 1.70 ERA and 1.02 WHIP.

“I believe in Wade Davis,” Hagin said of the move. “I don’t care what anyone tells me; that guy can flat out pitch with the game on the line.”

Will Davis and the rest of the overhauled bullpen be the first ones to deliver a World Series championship to 20th and Blake? It may be too early to tell, but being able to close out games is what makes a good team great.

“I love the guts behind it, and I’m anxious to see what happens,” said Hagin, who has also called games for the Athletics, White Sox, Cardinals and Mets during his play-by-play career.

The Rockies have one of the best offensive and defensive (fielding) teams in baseball, ranking third in both in 2017. This team will remain mostly intact for the 2018 season, plus an upgraded bullpen. Things are brewing in Colorado and there may not be a better time for fans to be hopeful for a deep playoff run.

Click here to listen to the full interview with Wayne Hagin, including more on why he is excited for the 2018 season, his thoughts on Chris Iannetta getting the nod as the main man behind the plate, and stories from his time as Rockies announcer. Or listen in the podcast below.

Catch Anything’s Possible with Gil Whiteley and Mark Jackson every weekday from 11a-1p on Mile High Sports AM 1340 | FM 104.7 or stream live any time for the best local coverage of Colorado sports from Denver’s biggest sports talk lineup. Download the app for iPhone and Android devices.