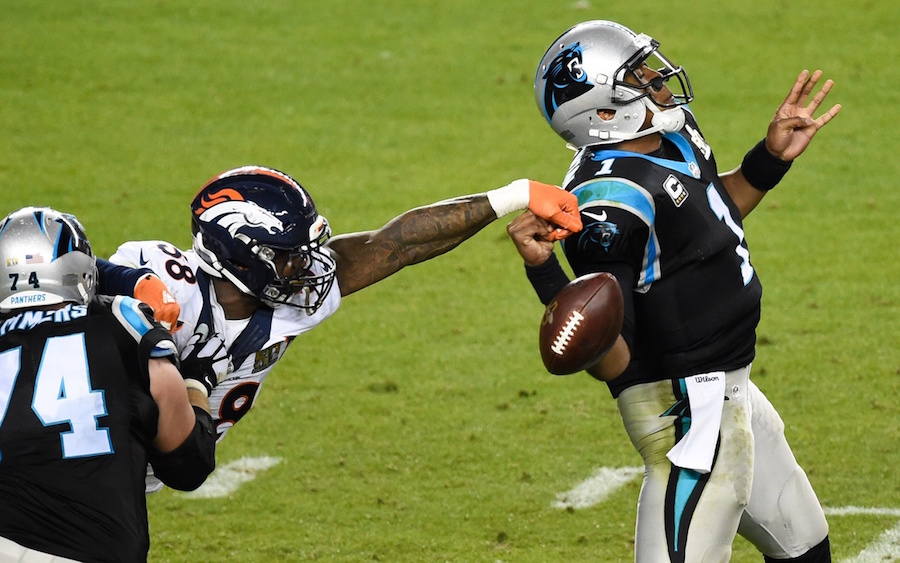 Broncos Country is understandably a little heart-broken today following the news that the team is moving on from an all-time legend in Von Miller.

The Broncos traded Miller to the Rams in exchange for a second-round pick and a third round pick, both in the 2022 NFL Draft.

What does this mean for both sides moving forward? Let’s look.

What does it mean for the Broncos?

They’re punting on the 2021 season: Von Miller was still playing at a high level, as evidenced by the fact he was among the top-five players in the league in pressures prior to the injury he suffered against the Cleveland Browns.

Trading one of your best defensive players, when you’re just trying to hold onto the slimmest hopes of postseason contention, is a clear indication that you’re moving your eyes towards the future.

The Broncos are about to enter rebuild mode and it seems highly unlikely that Miller will be the last move made. Hopefully they’ll acquire enough assets to make the team’s attempted rebuild actually successful this time around.

Vic Fangio and Co. are on the outs: This point goes hand-in-hand with the prior one.

It was pretty clear from the onset of the season that general manager George Paton was requiring the coaching staff to enter playoff contention, or at least get close, to hold onto their jobs.

Considering that this team’s top priority is no longer winning games or pursuing the playoffs, but instead building for the future, it would be absolutely stunning if Fangio gets to stick around after the season.

Again, this is just the nail in the coffin, but now that Fangio’s fate is certainly sealed, the Broncos should consider firing him to get a headstart on their coaching search. Getting a head start this season is even more beneficial, as a result of some of the NFL’s coaching interview rules changing, which would allow the Broncos to interview candidates during the final weeks of the regular season.

What does it mean for Von Miller?

Von Miller gets chance to continue to build upon his remarkable legacy: Broncos Country should be sad right now. The face of the franchise, who had been here for over a decade and often shared sentiments about wanting to be a Denver Bronco for life, is gone. He felt like a member of the family.

That said, Broncos Country should try and be happy for Miller.

The final years of his illustrious career would have been wasted on a bad Broncos team, blanketed in double teams as he toiled and crumbled away from the spotlight and away from success. He shouldn’t have to go out that way.

Plus, he already sacrificed more than enough for the Broncos franchise. Half his career has been spent on this derelict team that was going nowhere and that never had a shot of getting him another ring.

Now, in Los Angeles, he’ll have an opportunity to try and chase that ring. The Rams are tied atop the NFC as of now, and their offense looks like one of the most explosive units in the league. Helping the defense return to the caliber of the Rams’ 2020 defense could go a long ways towards pushing Los Angeles over the top.

He’ll get to do all that, while also climbing up the sack leaderboard.

It’s hard to think of a better set up in the league for an edge rusher than getting to play alongside Aaron Donald, who is double or triple-teamed on seemingly every play. Rather than being the defensive force opposing offenses have to gameplan for week-in and week-out, Miller is just another piece of it.