Anyone calling for John Elway’s job needs to look in the mirror and seriously re-evaluate their stance on the Broncos’ general manager. A solid case for a change in the front office did exist, but it’s now been wiped away.

No, he may not be a genius or even one of the league’s ten best general managers, but the Broncos finished three last-second field goals from the playoffs thanks to a bevy of young talent stockpiled by Elway.

Let’s dive into grades for Elway’s 2019 draft class now that their first full season is over.

Noah Fant had an up-and-down, yet promising rookie season for the Broncos. The flashes of his upside and dominant potential were there, but as of now, it’s hard to know what he is after doing his best Dr. Jekyll-and-Mr. Hyde impression in 2019.

From Week 8 to Week 15, Fant totaled 22 receptions for 363 yards and two touchdowns. If Fant played at that level for the entire season, he would have finished with 50 receptions for 830 yards and 4.6 touchdowns, giving him top-10 tight end production.

However, from Week 1 to Week 7, and after Week 15, Fant brought in just 19 receptions for 173 yards and one touchdown. That would put him on pace for 34 receptions tallying 308 yards and 1.8 touchdowns.

The Broncos will be searching for more consistency from Fant in 2020.

Grade: A
Initial Grade: A

As practice times have decreased following the most recent collective bargaining agreement, offensive line play in the league has greatly deteriorated.

Almost all of the league’s best offensive linemen are seasoned veterans over 30, which is why it’s so valuable to find a top-end starter in the draft, especially if you can do it after the first round.

Risner may not be the best lineman or even interior lineman from the 2019 draft, but he became Denver’s best offensive linemen from day one and under Mike Munchak, his ceiling his sky-high.

Grade: A
Initial Grade: B+

Before Drew Lock even stepped onto the field this was a good pick, for being able to find a potential answer at quarterback so late in the draft. The moment he stepped on the field though, this became an excellent pick.

Lock transformed the Broncos’ offense from his very first start. He made their offense more explosive and higher-scoring, made Scangarello seem like a better play-caller, and made the offensive line into an average unit.

The only reason this grade isn’t an A+ yet is that the sample size was too small in year one to make a concrete determination on the young passer’s future, but this could quickly turn into Denver’s best draft pick of last decade.

Grade: B+
Initial Grade: B-

Dre’Mont Jones had limited opportunities in his rookie season but he made the most of them. Despite playing just 283 snaps, Dre’Mont Jones racked up 23 total quarterback pressures, including four sacks.

Much like Jones, Justin Hollins played fewer than 300 snaps in his rookie campaign, though, he was less impactful and his efforts were less fruitful. He rushed the passer 137 times generating one sack and 10 pressures in total.

That said, Hollins’ first year was promising for a fifth-round pick. He played well even though he wasn’t as good as Denver’s other rookies and he flashed with a lot of upside as a rotational pass rusher.

He and Malik Reed may end up being a better rotational pass-rushing duo for the Broncos than Shane Ray and Shaq Barrett were.

The Juwann Winfree pick is still my least favorite from the 2019 class. At the time, it was a head-scratcher as Winfree was viewed by most media outlets as an undrafted free agent and the Broncos traded up into the sixth round to get him.

It was a boom or bust pick. If it hits, Broncos get a very athletic receiver to pair with Courtland Sutton for pennies on the dollar. If it misses, Broncos maybe get a special-teamer. One year in and it’s looking more bust than boom, as Winfree couldn’t make an impact despite the Broncos’ shallow receiving corps. 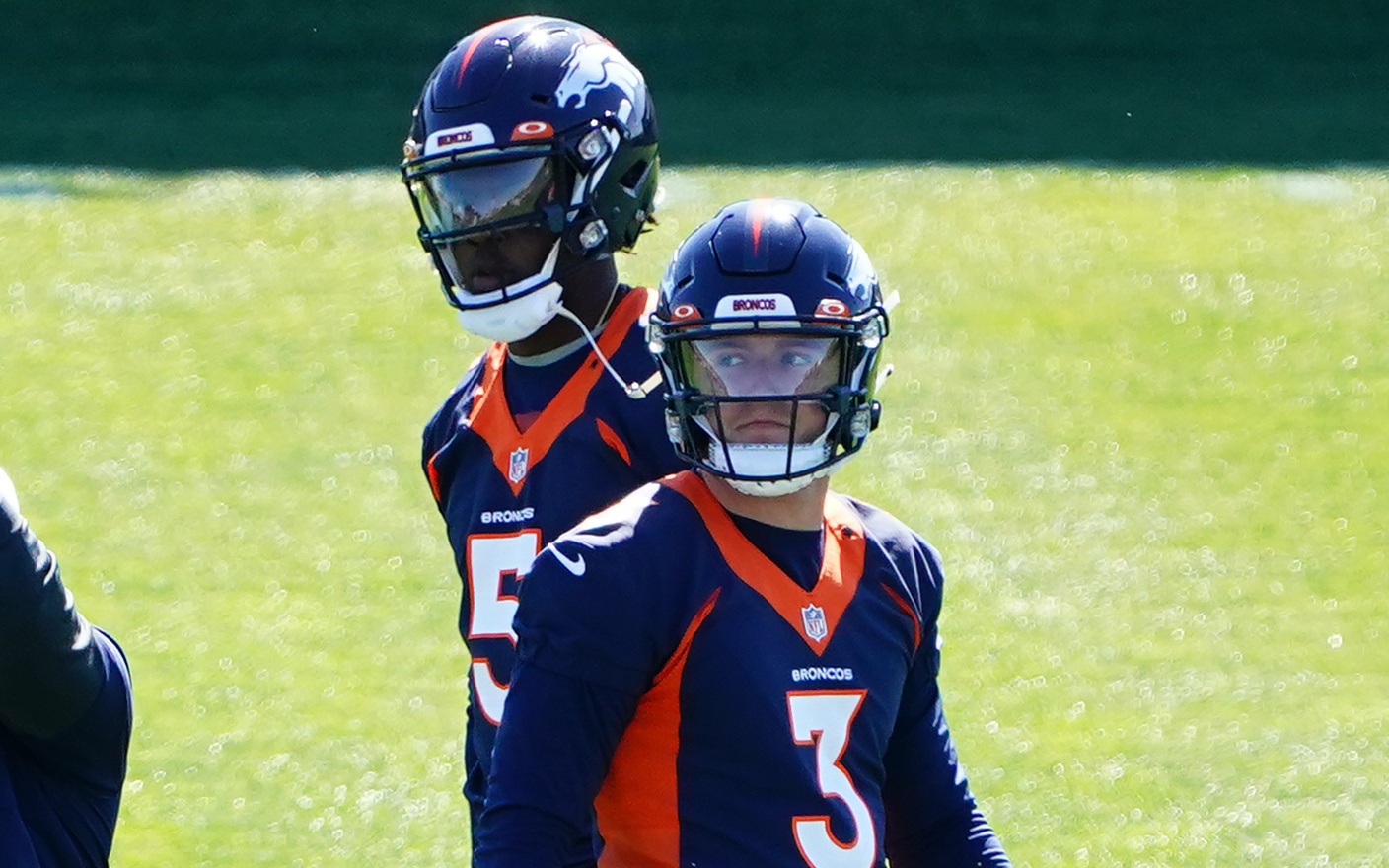 Most important takeaways from the Broncos’ pre-training camp press conference