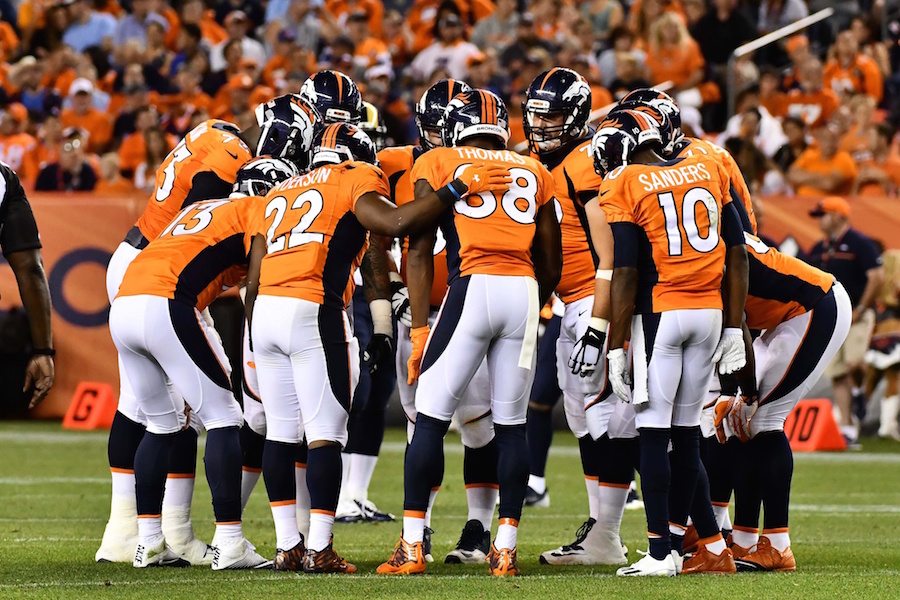 The Broncos finished off the first quarter of the season 3-1, winning two divisional games and losing their only away game in the stretch. Through the first set of games, a lot was learned about the offense and defense, including what they got right, and what needs to change if the Broncos are to continue on a path toward the playoffs.

The rush defense is the best in the NFL

Despite facing premiere running backs Melvin Gordon, Ezekiel Elliot, LeSean McCoy and Marshawn Lynch, the Broncos have the top rushing defense in the league, a huge improvement over the 2016 season, where they were ranked 28th. Through four games, against the four big names, the Broncos have only given up 203 total yards of rushing, an average of 50.8 yards per game and 2.4 yards per attempt — and they haven’t allowed a single rushing touchdown. The only downside? The defense hasn’t forced a fumble, yet — but that’s nitpicking.

The rushing offense isn’t too shabby, either

The Broncos’ rushing attack was one of the weakest points of a stagnant offense during the 2016 season, finishing 27th overall. Through the first four games of the 2017 season, however, the Broncos own the third-best rushing attack in the game, trailing only Kansas City and Jacksonville. The Broncos are averaging 143 yards per game on the ground, at an average of 4.4 yards per carry. C.J. Anderson leads the way with 330 rushing yards, 82.5 yards per game and a touchdown, while backup Jamaal Charles, returning from two straight season-ending ACL tears, has collected 175 yards at an average of 5.3 yards per carry and a touchdown.

Turnovers are hurting too much

Working against a short field is tough. The Broncos have put their defense at a disadvantage six times so far this season (four interceptions, two fumbles), and the defense has struggled to answer. Through the first four games, the six turnovers have turned into 31 points -– four touchdowns and one field goal -– resulting in closer games, or in the case of their Week 3 game at Buffalo, a loss. While the offense certainly needs to stop turning the ball over, the defense needs to find a way to prevent other teams from capitalizing with touchdowns on mistakes.

The passing attack is still below average

After starting out with six touchdowns across the first two weeks of the season, quarterback Trevor Siemian has cooled off significantly, and the passing attack is still struggling to find its identity. Despite a stronger offensive line and running game, Siemian still finds himself under heavy pressure, taking 13 sacks through the first four games, on pace to be put into the ground 52 times this season (way up from last year’s 31 sacks taken). Along with that, since his four-touchdown effort in the blowout win against Dallas, Siemian has managed to throw only one touchdown, but two interceptions, for an average quarterback rating of 76.6.

Despite some of the offensive issues and the turnovers, the Broncos still have a 3-1 record. They’re in sole possession of second place in the AFC West, only trailing the Kansas City Chiefs, who have started the season a perfect 4-0. The Broncos are also 2-0 in the division, having beaten the Chargers and the Raiders. After the fifth-week bye, the Broncos will look to continue putting pressure on the Chiefs, and will have their first chance to face off against Kansas City in a Week 8 Monday Night Football matchup.

Right now, though, the Broncos will finish out their bye week and focus on a Week 6 matchup against the currently winless, but still dangerous, New York Giants.