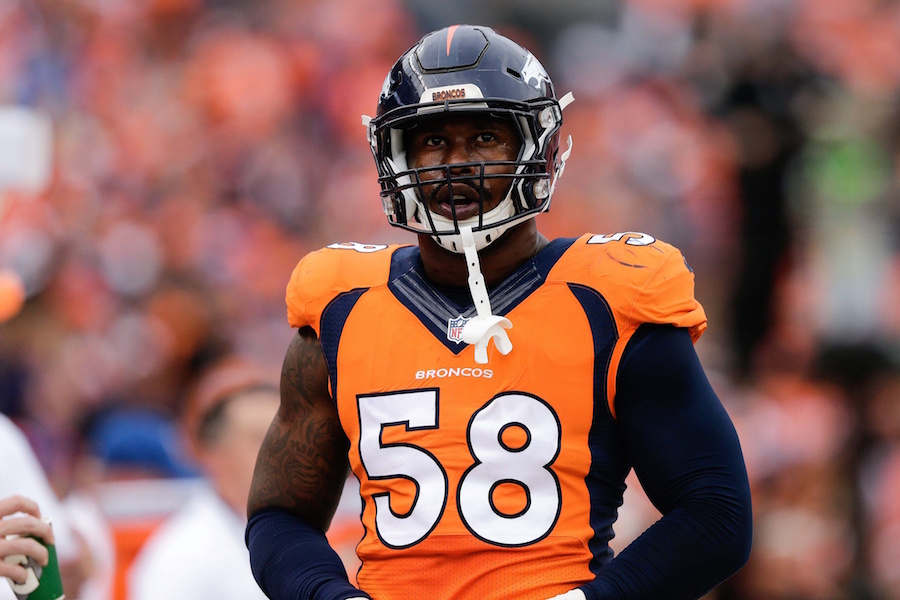 The Denver Broncos fell to the seventh seed in the AFC playoff race after their loss Sunday night to the Kansas City Chiefs. The question on the table is: How worried should Broncos’ fans be about their team completely missing the playoffs?

The non-AFC-West teams with a realistic chance to knock Denver out of the playoffs are the Miami Dolphins, Buffalo Bills, Tennessee Titans and the non-division winner between the Baltimore Ravens and Pittsburgh Steelers.

The only team of that bunch with a better record than the Broncos is the Miami Dolphins (actually tied, but Miami has the tiebreaker). Miami’s schedule is very difficult down the stretch with three road games (Baltimore, New York Jets, Buffalo) and two home games against the Arizona Cardinals and New England Patriots. It seems like the Dolphins will struggle down the stretch.

Tennessee is a nice story at 6-6, but after their bye they take on the Broncos, go to Kansas City and finish up at Jacksonville and home against Houston. It seems like 9-7 would be a fantastic finish for the Titans.

Baltimore and Pittsburgh are currently tied for the AFC North lead at 6-5. The Ravens host the Dolphins, go to New England, host the Eagles and close out on the road against Pittsburgh and the Bengals. Baltimore can realistically win every game left on their schedule with their defense. The Steelers could also run the table. Pittsburgh has home games against the New York Giants, Baltimore and Clevleand. Their road games are against Buffalo and Cincinnati.

Denver has perhaps the most brutal schedule left out of anyone. The Broncos have road games against Jacksonville, Tennessee and Kansas City. Denver’s home games are against New England and Oakland. There is a chance that the Raiders rest their players against Denver in the finale. If that’s the case, Denver should hope for 3-1 in their other four games.

Even though the Dolphins are ahead of the Broncos right now, Denver fans should focus their attention on Pittsburgh and Baltimore. One of these two teams will give the Broncos their biggest competition for the No. 6 seed if the standings stay the way they are in the AFC West.

One thing is for certain: As good as Denver is, there are no guarantees that they’ll make the playoffs this season. It will be a crazy final five weeks.

To hear more about the Broncos, check out the podcast below …

Catch Weekend Drive with Sean Walsh these weekend from 2p-4p on Saturday and 6p-8p Sunday on Mile High Sports AM 1340 | FM 104.7 or stream live any time for the best local coverage of Colorado sports from Denver’s biggest sports talk lineup.