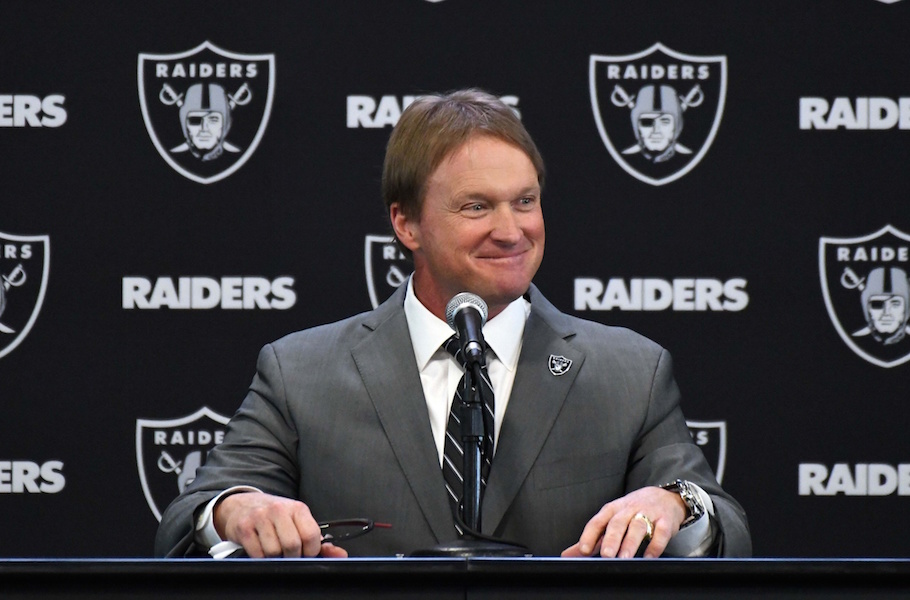 In the Broncos’ Week 1 bout against the Seahawks, both their defense and offense looked improved, and with the help of young talent they were able to secure a 27-24 win. The Broncos now get ready to host the Raiders, who are coming off a short week after struggling on both sides of the ball in their loss to the Rams.

In anticipation of the Week 2 matchup, let’s take a look at some of the Raiders’ strengths and weaknesses.

Now that they’ve traded all-world pass-rusher Khalil Mack away, the greatest strength the Raiders have has to be their quarterback, Derek Carr. Just two seasons ago, he was leading the Raiders to a 12-3 record and was in the middle of an MVP race before going down with a injury that sidelined him for the last week of the regular season and the playoffs.

Last season was a disappointing one for Carr, but any worries of regression should be quelled with the addition of head coach Jon Gruden. Gruden may be rusty at first, but in time, he should be able to boost Carr’s production.

One of the things that makes Carr as dangerous, is his offensive line. Led by center Rodney Hudson, left guard Kelechi Osemele, and right guard Gabe Jackson, the Raiders sport one of the strongest units in the league. Pair that interior with a power rusher, like running back Marshawn Lynch, and Denver could be in trouble.

However, the Raiders’ tackles may struggle with Denver’s edge rushers. Bradley Chubb pulls a matchup against fellow rookie first-rounder Kolton Miller, while Von Miller pulls one against grizzled vet Donald Penn. There was a time when Penn could give Miller problems, but that is no longer the case, considering his age and subsequent move to right tackle.

Tight end Jared Cook may be Oakland’s best shot at upsetting Denver. He has consistently proven to be one of the top ten at his position, and far better than Seahawks rookie Will Dissly. Denver’s defense was so inept at covering Dissly they made him look like ‘The Ghost in the Post’, or an in-his-prime Tony Gonzalez. It’s scary to imagine what Cook could do if given the same opportunities.

As is the case with most bad teams, Oakland’s shortcomings are far more apparent than their strengths. Head coach Jon Gruden has been the most talked-about Raider entering the season, and although it’s far too early to write his hiring off as a bad football decision, it is safe to say that he will struggle early on as he adjusts. This was certainly apparent when the Raiders came out of halftime looking unprepared and got smacked by the Rams. The talent Gruden has to work with now following the trade of Mack is concerning as well.

Their entire defense leaves much to be desired. Their best cornerback may be Gareon Conley, who’s virtually a rookie after missing his first season in the league with a shin injury.

Who is the star on this defense? The truth is that there isn’t one.

The most impressive player is probably Bruce Irvin, who — at his best — is maybe a top 15 edge rusher.  After him, the responsibility falls to Karl Joseph, who’s been solid since being drafted in the first round back in 2016, but certainly hasn’t been exceptional. No one on this Raiders defense should scare the Broncos — or most other NFL teams. If only they had a perennial Pro Bowler coming off the edge for them opposite Bruce Irvin instead of Tank Carradine, they might have something… but he plays in Chicago now.

As injuries continue to roll in, Montrell Washington is ready to take on a bigger role for Denver Broncos