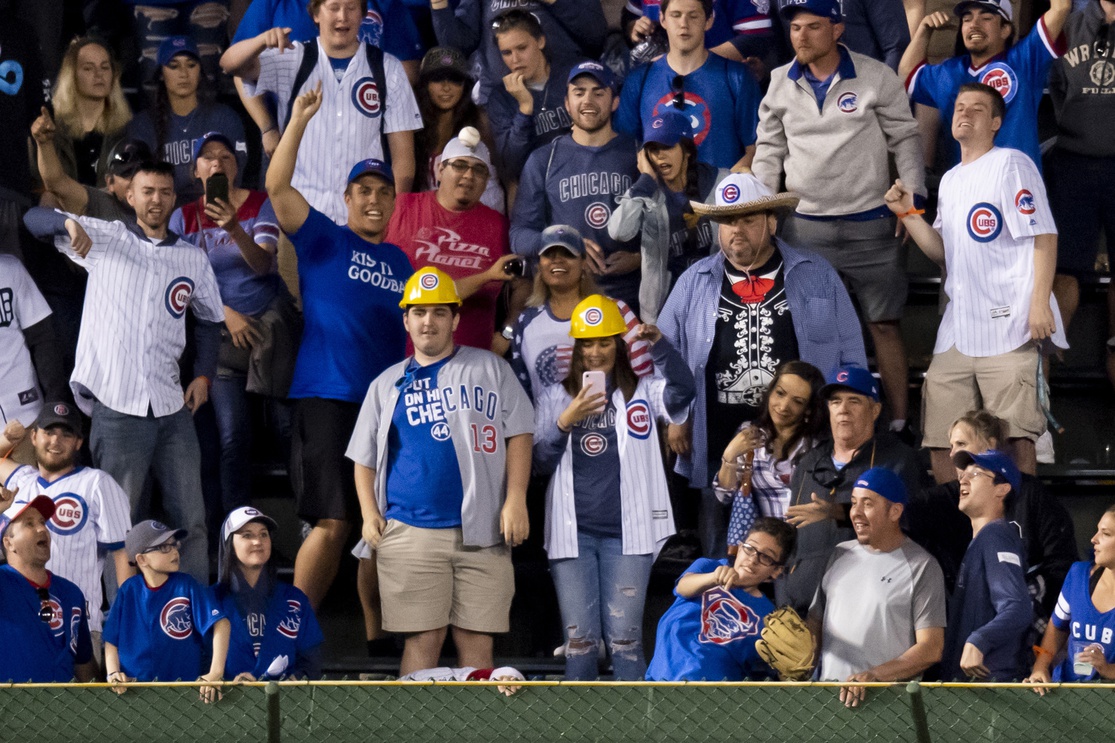 There’s just something irritating about a Cubs fan.

It’s not personal – well, I suppose it is a little bit. It’s never fair to paint an entire group with just one brush, either, but for purposes of this column (and with all due respect to local sports radio hosts, Chicago transplants and varying degrees of Cubs fans Nate Kreckman, Les Shapiro and Eric Goodman) let’s go ahead and do just that.

You know how you probably have (or probably have had at some point in your life) that one friend you only know through a night of drinking? That “buddy” you have absolutely nothing in common with – no similar interests, no mutual friends, no matching life goals – except for that one unforgettable (although you might have forgotten a lot of it) night of “bonding”? And then if and when you ever see said “friend” again, the only thing that’s ever said is something like, “You been out in a while, man?” You use “man” because you (reasonably) have forgotten his name; you ask the question because that’s literally the lone point of reference. And you both sort of know that’s about where the conversation begins and ends? And the only further development of the relationship occurs if, by chance, you ever just so happen to stumble into the same bar at the same time again?

That, in a nutshell, is Cubs Fan.

But it’s like a whole pack of them, wearing red, white and blue, pretending (all too often) to have lived and died with the Cubs since birth, and finishing any and all sentences not with “Cubs” but with “Cubbies.” If one Cubs jersey-wearing individual sees another, there’s an unwritten rule that something must be said, or a high-five must be shared. It is assumed – from one to another – that everyone involved has spent significant time in Wrigleyville, that deep-dish pizza is “the best” and better than New York pizza (when, in fact, that’s an insult not only to pizza, New York and New Yorkers, but also to Italians everywhere) and that winning the World Series in 2016 should and will provide bragging rights for the next 100 years (a little like the championship back in 1905).

You can hear it now, can’t you, Denver?

The problem is, you can’t stop it. These drinking buddies disguised as baseball fans come out of the woodwork – like clockwork – every, single time the Cubs come to town to play the Rockies. And to be honest (and a little ashamed), they drown out Rockies fans in their own house.

Sports bars – like my favorite baseball place, Blake Street Tavern – will be packed with Cubs fans (Where are they on a random June or July night when the Cubs are playing the Brewers on WGN?). Tickets will be more expensive (whether the Cubs are good or not). And the normal, genuinely nice guy who works three cubicles down will suddenly become someone you don’t recognize (and will likely take Tuesday through Thursday off this week off, too).

There’s some logic, I suppose. After all, a lot of folks from Chicago move here. I’m okay with sticking with one’s team after a change of address; I’d still cheer for the Rockies, Broncos, Nuggets and Avs if I moved to Chicago, so I don’t blame them for that. And don’t forget, back in the ‘80s and ‘90s, when cable TV was rapidly replacing the “antenna”, practically every kid in America who liked baseball had one – and only one – team to watch consistently…the Cubs on WGN.

I can’t help but think that’s the minority of Cubs “fans” these days, though.

Sure, the Cubs have been really and truly pretty good since 2015, having made the postseason each year since, and having won the aforementioned 2016 World Series. But you know, that’s a lot like Warriors fans, who suddenly come out in droves (go figure!) when Steph and Klay and the boys come to Pepsi Center. At no point from 1993 to 2011, could you give a Nuggets-Warriors, Tuesday night game ticket away. And now? Well, all of them have been huuuge fans since the days of Rick Barry (of course).

But do they like (or even know) the team? Or do they just like owning that shiny Kris Bryant jersey and having a three-day excuse to pound a few cold ones amongst drinkin’ buddies?

The Cubs are in town.