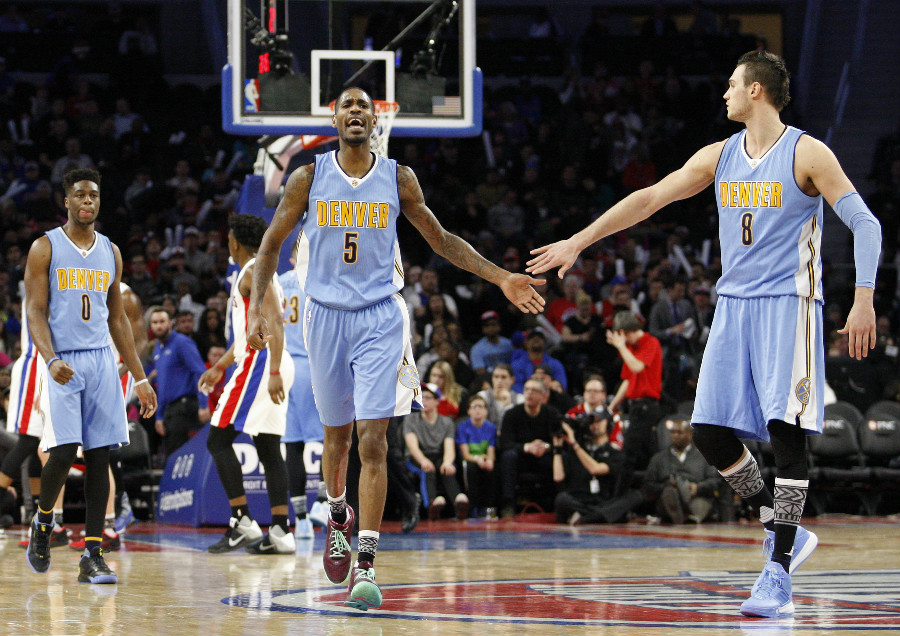 Will Barton, the man who calls himself “The Thrill,” gave Denver Nuggets fans hope about the rest of their season Wednesday night.

Great way to end the road trip going 4-2 with good momentum going into all star break. Let's keep building team. @nuggets we not done yet!

Barton and the Nuggets closed out their six-game road trip with a win in Detroit Wednesday night. The Nuggets went 4-2 on the road trip, managing to notch 22 wins on the season heading into the All-Star break.

The Nuggets currently only sit five games behind the Utah Jazz for the eighth seed in the Western conference.

Barton has seemingly taken the league by storm this year and is an early front runner to win NBA Sixth Man of the Year.

But those awards, whether that’s the slam dunk title or the sixth-man award, don’t mean much to Barton; he and the Nuggets are looking to make the playoffs.

Barton and the boys are a group of guys that play together like brothers in their backyard; they know each others’ styles and use that to their advantage.

Barton’s tweet shows that this year’s squad is a group of guys that are hungry and want to prove why they are the new kids on the block that are up and coming.

Will the Nuggets make the playoffs this year? Only time will tell; however, Will Barton believes that the Nuggets will do something special this year.