William Hill is unleashing a massive offer ahead of tonight’s Thursday Night Football matchup between the Cincinnati Bengals and Cleveland Browns for bettors in Colorado and New Jersey.

If either team manages to throw one touchdown pass during tonight’s tilt between these AFC North foes, William Hill is paying bettors out at what roughly equates to 20/1 odds.

Those who place a $5 pre-game moneyline wager on tonight’s game qualify for a $101 dollar payout if either team throws at least one touchdown pass. 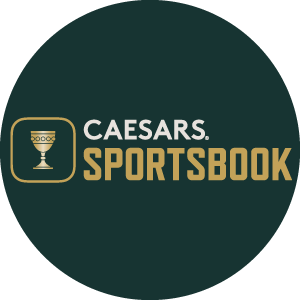 Burrow will be looking to toss his first career touchdown pass tonight, while Mayfield will hopes to shake off an uneven Week 1 performance in a Browns blowout loss.

If either quarterback fires one into the end zone, bettors in CO and NJ will cash in on a 20/1 bonus from William Hill when they bet at least $5 on the moneyline or point spread.

Burrow was up and down in his first pro start last week against the Chargers, but he appeared to engineer a game-winning drive when he found A.J. Green in the endzone for a go-ahead score with just seven seconds left. That touchdown pass, which would have been his first, was nullified after offensive pass interference.

It would seem Burrow has a much more favorable matchup tonight against a Browns defense that surrendered three touchdown passes in Week 1. Meanwhile, Mayfield threw three touchdowns against the Bengals last December and has thrown for at least one score in 28 of his 31 career starts. While this William Hill offer may not quite be a “no-brainer,” it would be a great play at even odds. At 20-1, it’s a can’t-miss.

How to Get 20-1 TD Pass Odds at William Hill

Then, make a real-money deposit of at least $10 by using one of several convenient funding methods. Players must then place a moneyline or point spread wager of at least $5 on the Bengals vs. Browns game.

Regardless of whether or not your qualifying bet bet wins, if Burrow or Mayfield (or their backups) toss at least one touchdown, bettors will score a $101 free bet.

This free bet, which is issued as a single $101 bonus, will be issued within 72 hours and must be utilized within seven days after it is awarded. This means that the bet will be available ahead of NFL Week 2 action at William Hill.