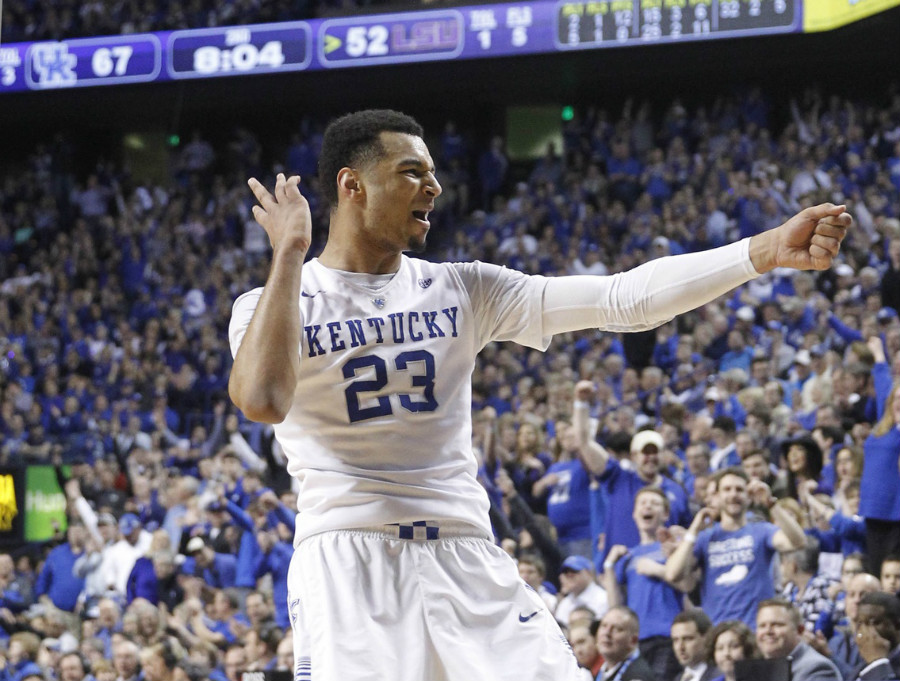 Denver Nuggets guard Gary Harris will be sidelined for roughly four to six weeks with a partial tear in his groin muscle, opening the door for rookies Jamal Murray and Malik Beasley to make strong first impressions.

Obviously, an injury is the last thing the Nuggets wanted to happen to any one of their players, but it now allows the team to get an extensive look at two of their three rookies.

With Harris down, the starting job is now up for grabs. Will Barton is certainly qualified to take over the role, but Murray’s explosive game is an enticing option for the Nuggets.

When he was drafted Murray believed he was the best talent in the pool, and now the rookie has the opportunity to prove that.

“Yeah, I believe I’m the best talent in the draft,” Murray told Mile High Sports Radio after he was drafted. “Now I’m going to go prove it. I’ve got great teammates and a great organization … It’s going to be fun. It’s going to be a good year.”

Murray’s versatility is something to keep in mind. All offseason he preached the fact that he was a point guard that was forced to play the two guard position in college.

His ability to become an effective combo guard will be a driving factor in the rook’s playing time and role with the team moving forward for this year and years to come.

The Nuggets drafted the sharpshooter for a reason, and now he has the opportunity to show the six teams that passed on him why that was the wrong choice.

Another player who has high aspirations is fellow rookie Malik Beasley.

Coming into the season there were question marks surrounding Beasley. Mainly, was he healthy and could he find any playing time on a stacked Nuggets roster.

Well, it seems like both of those issues have been cleared up, as his leg is good to go, and a bump in minutes is expected with the injury to Harris.

While the odds of Beasley stealing the starting job are slim to none, there’s still a lot that can be learned throughout the rest of the preseason and beginning of the regular season while Harris recovers.

Beasley is an offesnive machine that can drain the three and leave your jaw hanging after some out-of-this-world dunks. He will need to get acclimated to the league to show what he’s really made of, and now it seems his chance has come. He’s going to get more opportunities to earn his stripes throughout the buildup to the season opener with the results being critical for his role with the team this season.

Overall, the presence that Harris had on the court was one that cannot be easily replaced; however, the Nuggets have built their roster up to handle blows like this. This opportunity is great for the rooks to show what they’re made of and solidify their roles with the team come opening night. The future is bright in Denver, and fans will get a glimpse of it a little earlier and more often than expected.