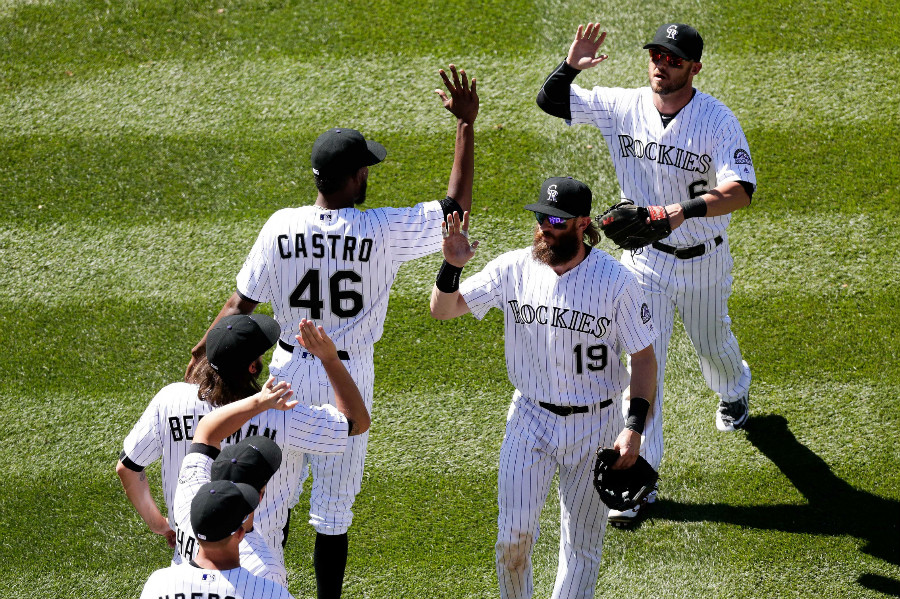 The Colorado Rockies downed the New York Yankees 6-3 Wednesday finishing up a winning homestand in the month of June.

The month started off rough as the Rox dropped their first four games, and the “Here we go again” narrative began to take a stranglehold across Denver.

Then the Rox turned things around, winning eight of their last 10 games.

The Rockies are currently just a game under .500 with a record 32-33 and just three games back of the second Wild Card.

And the players are just as excited as the fans about the team’s newfound success.

“We are playing good baseball right now.” said Nolan Arenado. “It was nice to come home and do what we did… We did a great job this homestand and I think that is what we have to get back to. Every other homestand until this one hasn’t been very good for us, but this one we came out and took advantage.”

The Rockies now hit the east coast for match-ups against the Miami Marlins and New York Yankees.

There are 13 games remaining in June for the Rockies, and they need to take advantage of them if they want to be competing for a playoff spot in July and August.