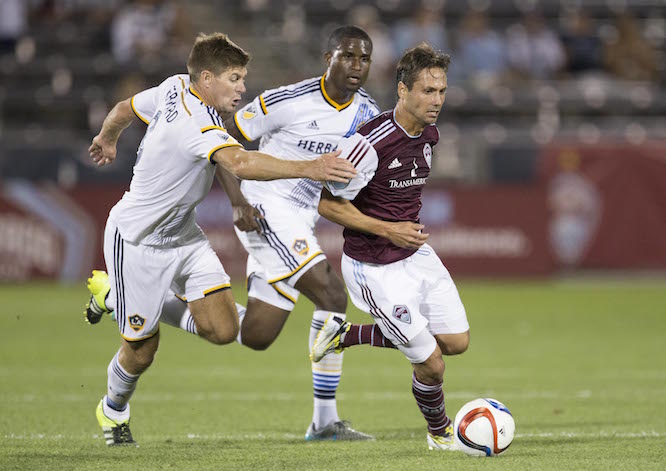 Be aggressive early and threaten the defensive four for L.A. Defensively, be aware of and prevent long balls in the air

Rapids were strong in the beginning, maintaining possession and looking like the better squad. Charles Eloundou made his presence felt early and generated offensive momentum for the home team.

Rapids lead 1-0. The goal from Marcelo Sarvas against his former team gave the Rapids some confidence going in to the locker room. Forty-five minutes is still plenty to be played, against a the defending MLS Cup champs, no less.

Rapids lose 3-1. In a game that was relatively equal in both chances and possession, the L.A. Galaxy won the match late in the second half. The two goals for Los Angeles were accredited to an inability to possess the ball late and, “A lack of professionalism,” in terms of a team effort, according to head coach Pablo Mastroeni.

Quote of the night

“If you don’t want to compete, you don’t have any chance.” –Sam Cronin, Colorado Midfielder

Pocket Photographer Pic of the Night 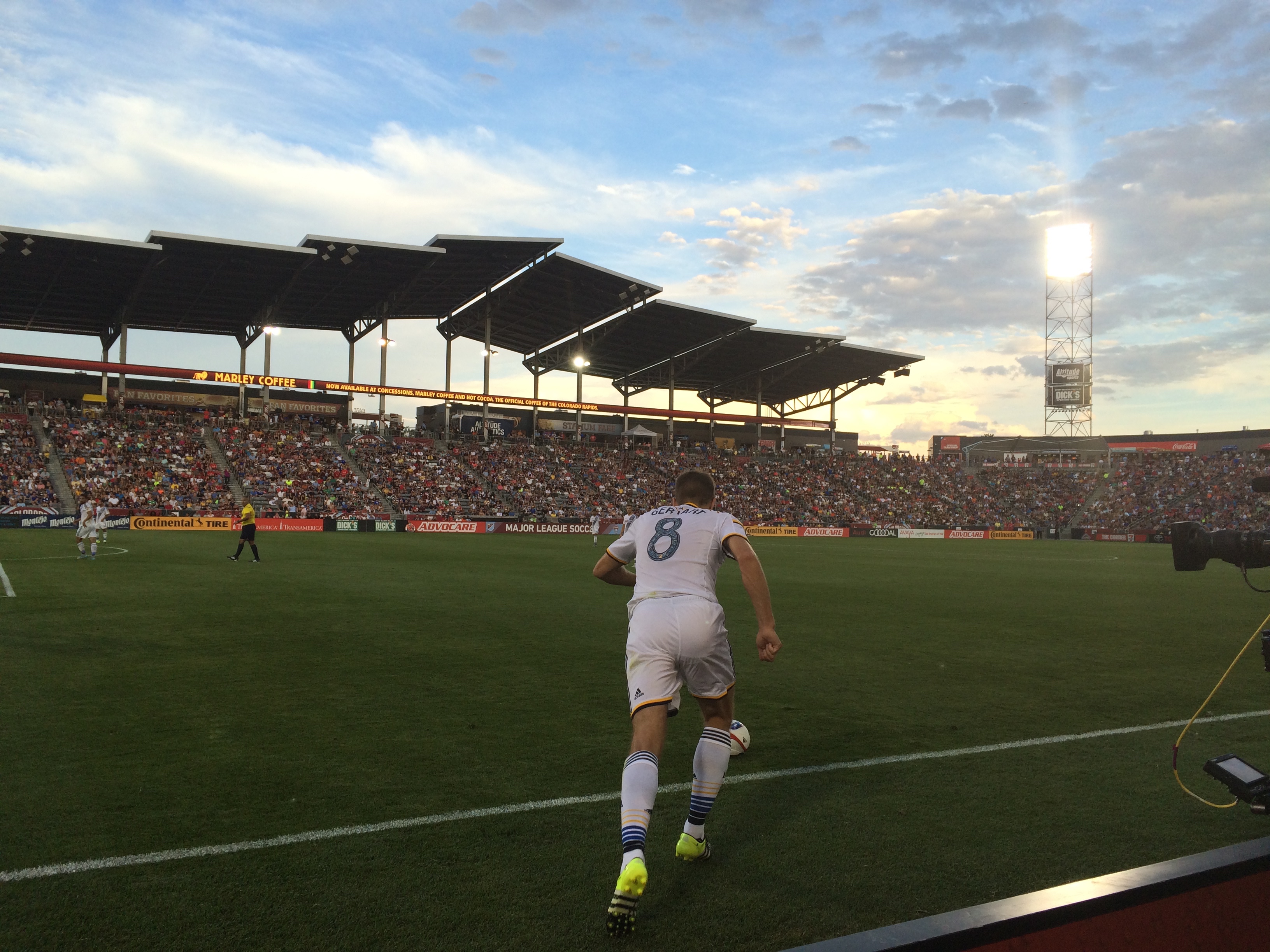 Longtime Liverpool great, Steven Gerrard takes a set piece in the first half.