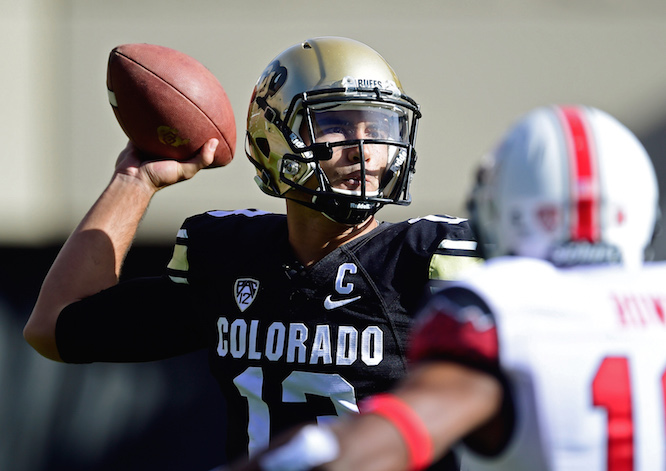 The Colorado Buffaloes are a 46½ point-favorite ahead of tomorrow’s game against visiting Nicholls State University, per an offshore betting site.

It’s not so much a testament to the prowess of the Buffs on the gridiron as it is an indicator of how fantastically awful Nicholls State Football has been.

From Thibodaux, Louisiana, the Colonels have not won a game since 2013, and have lost 20 straight. Through two games, they have only scored 10 points. This kind of inferiority is hard to ignore, but apparently the Buffs are trying to do just that.

CU football: Buffs say their focus is on getting ready to play, not on Nicholls State's record http://t.co/XDdhBmyzHh

The pressure is all on CU. If the boys in Boulder don’t win in convincing fashion, there will be some serious questions about this football team, and coach Mike MacIntyre’s seat will probably feel a little warmer.

The Buffs will look to improve to 3-1 on the season for the first time since 2010.