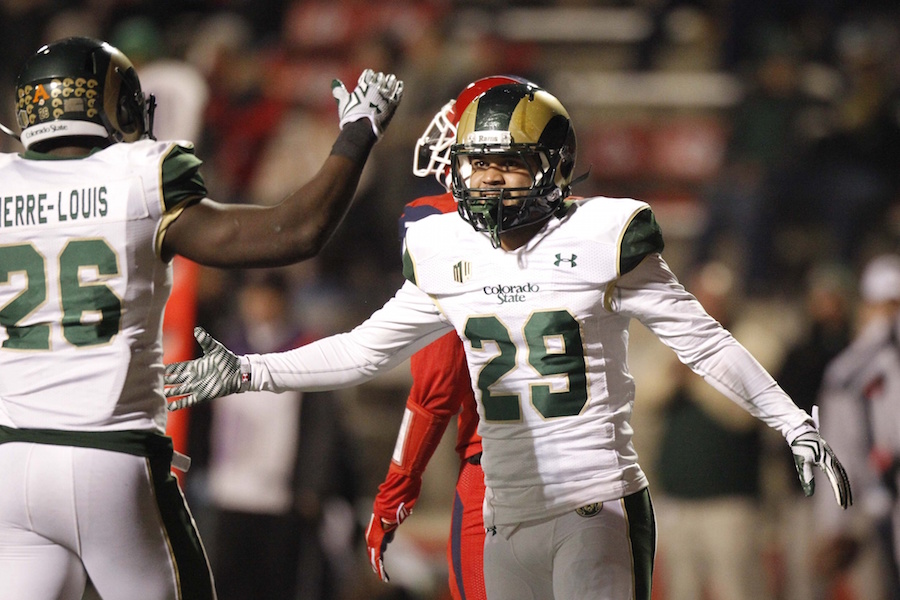 With the annual Rocky Mountain Showdown between Colorado and Colorado State looming, CSU head coach Mike Bobo knows his young and inexperienced defense will be tested right out of the gate.

“We’re not ready,” Bobo chuckled on Friday when asked about the Friday, Sept. 2 tilt with Colorado. “We’re ready for game week. [This past week is] one of those weeks where school starts back and there’s a little bit of a lull, but we’ve fought through. I’m ready to get to the actual week of the game.”

Bobo joined Joe Williams, Kent Erickson and Benny Bash on Mile High Sports AM 1340 | FM 104.7 in advance of the annual in-state rivalry game to talk about how his team is shaping up for for the season.

“I think we’re concerned about everything, both sides of the ball,” Bobo said.

Offensively, Bobo must replace several key playmakers, but his offensive line figures to be one of the best in the Mountain West.

On defense, however, things are not so certain. Not only have the Rams lost most of their starting 11, they’re in the process of switching to a new base system.

“Defensively, we’re going back to a 3-4 with Coach [Marty] English, who was Coach McElwain’s defensive coordinator,” Bobo said. “I feel like our kids have adjusted well because Coach English was on the staff last year in the change. You know, we lost a lot of players. Basically our whole [defensive] front. We [also] lost three out of four on the back end, so there’s a lot of new faces. There’s some talented guys back there, but there’s some inexperience. There’s going to be some growing pains, but I feel good about our top 11.”

The loss of so many seniors meant an opportunity for the younger players, but it also created a vacuum behind them on the depth chart.

“I don’t feel great about our depth right now, but that’s what we have to continue to do – to develop those guys. Main thing is I want to see them line up, see them play hard and play for each other. That’s something we’ll do. We’ve got to overcome some youth and inexperience with effort and technique. That’s what we’re working real hard on, understanding our game plan.”

Part of that game plan is keeping things simple enough for his young, athletic team to make plays, but not so simple that they are predictable and exploited.

“It’s a fine line between giving them too much defensively to scheme somebody where they can play fast, but then you don’t want to be so simple where somebody can know what you’re in all the time and take advantage of it. We have to do just enough out of the 3-4 to keep offenses off-balance and then not too complicated where our guys can play fast and let their talents show.”

Bobo knows his squad has plenty to accomplish prior to the Rocky Mountain Showdown, but he says the energy on campus leading up to the first week of football helps.

“Excitement is starting to pick up around here on campus. I know our guys are getting anxious. We still have a little work to done first.”