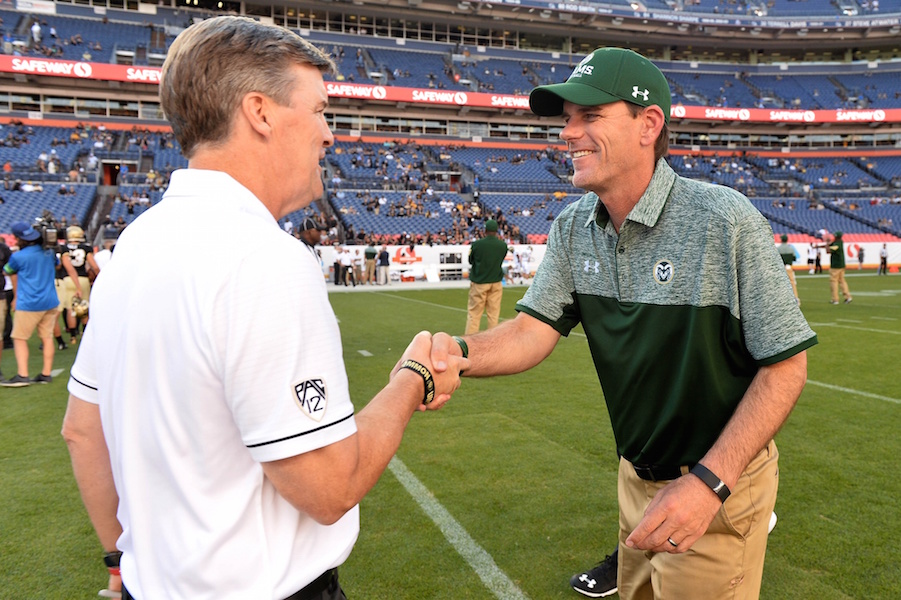 We’ve known for months that Colorado and Colorado State will lock horns on Friday, Sept. 1 in the annual Rocky Mountain Showdown at Sports Authority Field at Mile High. We now know precisely when the game will kick off, and where fans who can’t make it to Denver can find the game.

On Wednesday the Pac-12 announced that the annual battle for bragging rights in the Centennial State will kick at 6 p.m. MDT and air on Pac-12 Network.

It’s the second consecutive Friday night meeting between the two teams. Colorado rolled to victory in the season-opener for both squads, 44-7, in 2016.

The Buffaloes would go on to win another nine games en route to a Pac-12 South championship, their first in program history, and a trip to the Alamo Bowl.

The Rams ended the year with seven wins and a fourth consecutive trip to a bowl game.

Additionally, Colorado State learned that it will kick off at 5 p.m. MDT on Sept. 16 when they travel to Tuscaloosa to face Alabama. That game will be televised either on ESPN or ESPN2 (to be determined).

The Rocky Mountain Showdown will be the first game of the season for Colorado.

Colorado State opens their season in their new on-campus stadium on Aug. 26 against another Pac-12 school, Oregon State.

The Buffaloes lead the all-time series between Colorado and Colorado state, 64-22-2.