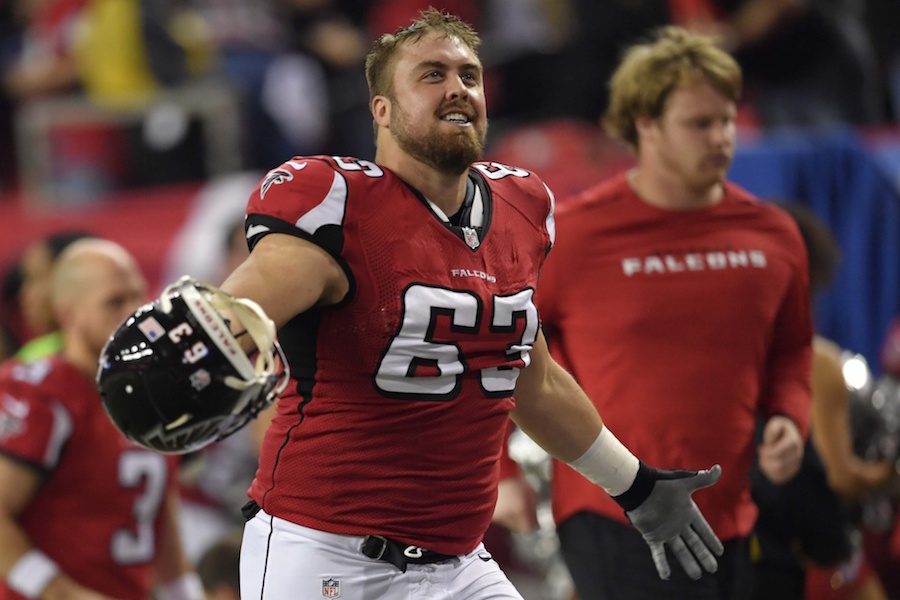 Everybody in Broncos Country knows that lineman Ben Garland went undrafted. Apparently, the Atlanta Falcons, whom he currently plays for, do not.

On Thursday, the Falcons tweeted out a video of Garland to show their excitement for draft.

Perhaps the mood Atlanta was trying to convey is confused.

Undrafted out of Air Force, Garland, who hails from Grand Junction, Colo., signed with the Denver Broncos. He would start in the team’s reserve/military list to fulfill his commitment to the Air Force. Then, in the just over five years that followed, he would see time on Denver’s practice squad and active roster, before being released by the team for good on Sept. 4, 2015.

The Falcons would sign Garland to their practice squad a few days later. Three months after that, he would be promoted to their active roster. There he has remained ever since.

You think two years into a relationship, Atlanta would know their guy a little better.