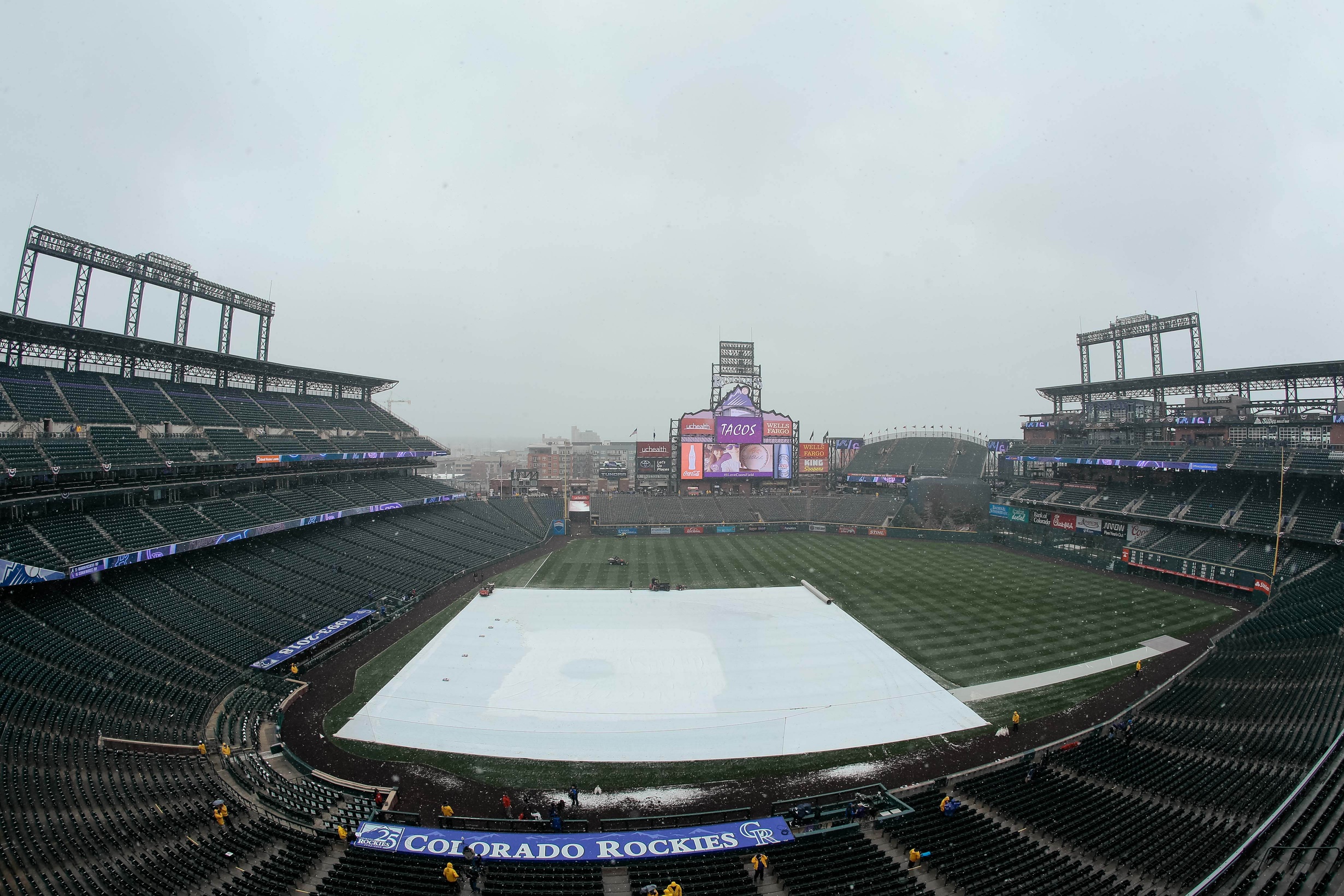 It was 27 degrees with light snow falling from the sky when starting pitcher German Marquez took the mound for the Colorado Rockies in their home opener against the Atlanta Braves. The frigid afternoon was the coldest home opener in Rockies history and the second-coldest game recorded at Coors Field in it’s history.

The chilly temperatures made for a wintry ballgame which started with the Braves piling on four runs off of Marquez in the first inning to neutralize the warm welcome the Rockies received prior to first pitch.

Down 4-0 early, the Rockies managed to get a run back in the bottom of the inning when Carlos Gonzalez smacked a triple to the fence to score Nolan Arenado and put the Rockies on the scoreboard early.

From there, Marquez managed to settle into a bit of a groove on the mound as he logged three consecutive scoreless innings, two of which came in 1-2-3 fashion. After the short stalemate, the Rockies managed to dig into the Braves’ lead again in the fourth inning as Gonzalez and shortstop Trevor Story each blasted their first home runs of the season to cut the deficit to 4-3.

The Braves followed up with some scoring of their own as they tacked on three runs in the fifth inning. After recording the first two outs in the Marquez allowed Dansby Swanson to tag him for a run on an RBI double. From there, the Rockies intentionally walked Ryan Flaherty in order to pitch to Braves starting pitcher, Brandon McCarthy, who drove in two runs with a double of his own to extend Atlanta’s lead to 7-3 and knock Marquez out of the game.

The Braves added an additional run in the top half of the sixth inning, and Colorado failed to respond after Nolan Arenado led the bottom half of the inning off with a single to right field. McCarthy managed to strike out three consecutive Rockies to preserve the Braves’ 8-3 lead and end his outing on a strong note. McCarthy finished with six innings pitched, allowing five hits and three earned runs while punching out four batters.

Colorado failed to muster up anything on offense following McCarthy’s departure and the Braves’ bullpen managed to seal the deal on the 8-3 victory over the Rockies.

NEXT UP: The Rockies and Braves will play the second game of their three-game set tomorrow at Coors Field. Chad Bettis will square off against Anibal Sanchez, with first pitch set for 6:10 MST.