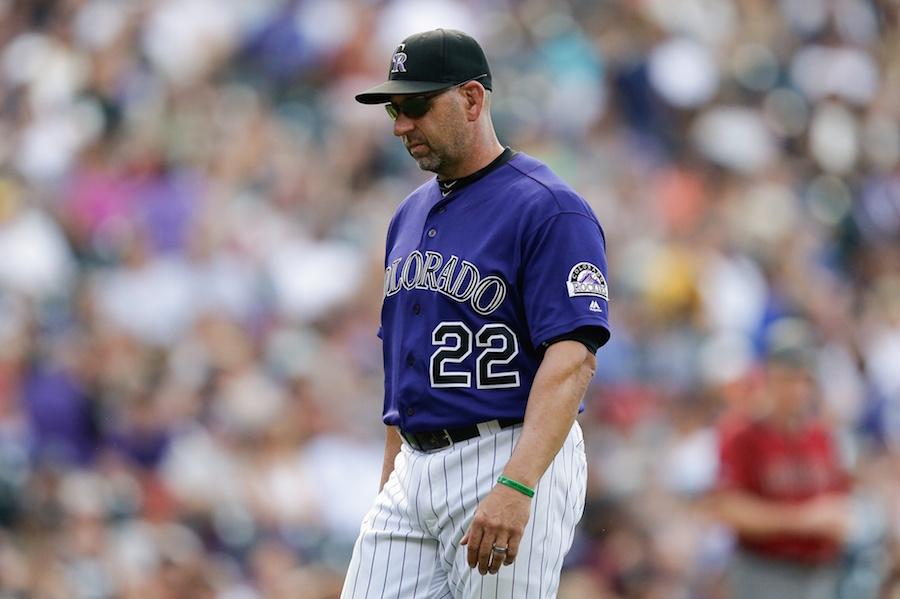 The Rockies have improved in wins each of the last three years under manager Walt Weiss, but not by enough, as Weiss stepped down this morning following Colorado’s sixth straight losing season.

Walt Weiss has decided to step down as #Rockies manager.

His 3-year contract has ended with the 2016 season. pic.twitter.com/T9CM3OXg6W

Weiss’ three-year contract expired following Sunday’s loss to the Brewers to close out the season. Overall, he’s led the franchise to a a 283-363 record under his leadership, but that’s not the only reasoning for the split.

According to Patrick Saunders of The Denver Post, Weiss’ had an increasingly strained relationship with general manager Jeff Bridich.

“A significant gulf has developed between Weiss and Bridich, according to multiple sources within the organization, some of whom said Weiss has been been left out of the loop regarding major decisions dating to the offseason — when he was not consulted about the acquisitions of relievers Jason Motte, Chad Qualls and Jake McGee or outfielder Gerardo Parra, all of whom have had disappointing seasons this year.”

As information becomes available on the hiring process, we will update. Stay tuned to Mile High Sports.