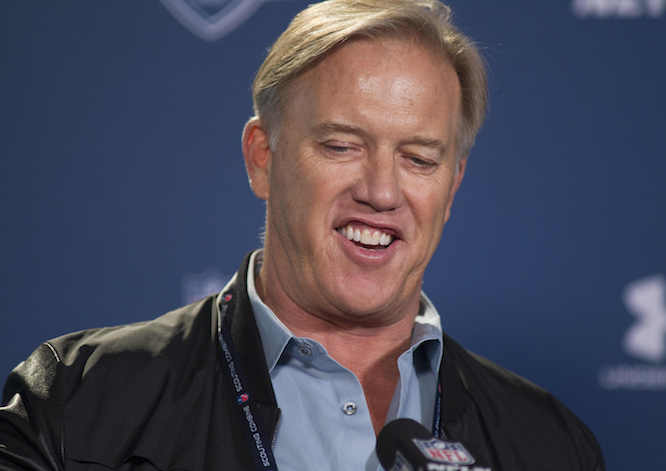 Texans GM Rick Smith was driving in his car and cameras caught him talking with Elway on speaker phone. The whole sequence was a little confusing, but the two were essentially executing the trade that sent Chris Clark to Houston a couple days ago.

But there was also some discussion about inside linebackers. Was it the Broncos or Texans ILBs Elway and Smith were talking about?

The folks at the Denver Post have the transcript:

ELWAY: “Yeah, I’d do the player for player, but you know what, we’re in good shape. … But I’m actually trying to move one or two there, too. I’m in a battle for the 52 right now, you know? Who’s going to make that 53?

ELWAY: “We can make it happen fast.”

Hmm. Elway says the Broncos are ‘good’ at ILB (which they are) but that he’s also trying to make another trade? Again, the whole thing is tough to follow, but I’m sure Elway and Smith liked it that way. They only want HBO to show so much.

We’ll see what other trades go down in the coming days, but I’ve got a feeling No. 7 isn’t done just yet.