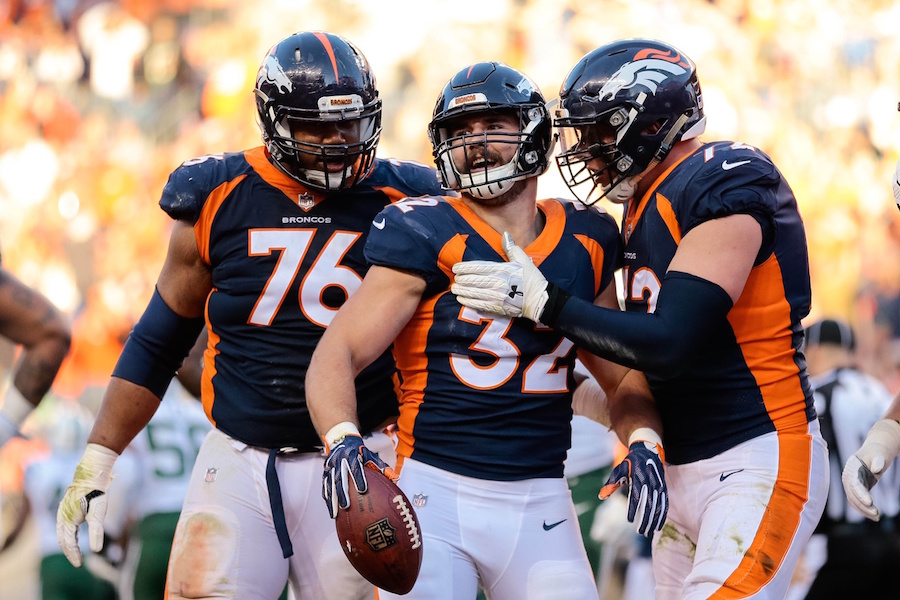 2017 has had every twist and turn possible for quarterback Trevor Siemian.

After starting the season as an elected team captain and leading the Broncos to a 3-1 start, Siemian has since been benched, made inactive, and renamed the starting quarterback — all while the Broncos sunk to 3-9 entering the final quarter of the season.

This week’s game against the New York Jets offered a small silver lining in the tumultuous 2017 season as the Broncos finally snapped their eight game losing streak in a 23-0 victory in front of a committed home crowd in Denver.

The Broncos finally found their way back to the win column by following a simple philosophy that the team started the season with, but faded from as the season grew on: Stay committed to running the football, limit the number of turnovers committed on offense, and don’t force Siemian to throw the ball 30-plus times a game.

Siemian’s unspectacular yet efficient game paved the way for the Broncos’ dominant victory. Siemian’s final numbers were 19-for-31 for 200 yards and one touchdown. The most important takeaway from his final box score was zero interceptions thrown, which Siemian has only done twice this season.

Siemian showed confidence and poise that seemed to be missing most of the season behind a suspect offensive line. Siemian also played to the strengths of the offense, consistently feeding the ball to Pro Bowl receiver Demaryius Thomas, who had himself a stellar game with eight catches for 93 yards and a touchdown. Thomas’ great game propelled him to the second-best receiver in Broncos’ history in terms of receiving yards and touchdown receptions, passing Hall of Famer Shannon Sharpe in both categories.

The Broncos were able to keep Siemian from throwing so much by staying committed to the running game. Despite only rushing for 84 yards, the Broncos continued to run the ball against the Jets, running the ball 35 times. The commitment to the run was enough to wear down the Jets’ defense, allowing Siemian to set up bigger plays in the passing game. Leading the team in rushing was C.J. Anderson, who rushed for 22 times and totaled 48 rushing yards. Fullback Andy Janovich had a one-yard touchdown run in the third quarter.

With the offense operating efficiently, the defense was able to play to its strengths as well. The Broncos led the game the entire way, forcing the Jets to continuously pass the ball and allowing the pass rush and elite secondary to take advantage of just that.

Playing with the lead, the Broncos notched four sacks and forced Jets’ quarterback Josh McCown to commit two turnovers (one fumble and one interception).

Many will point out the fact that the Jets themselves are not a very good team, as their record now falls to 5-8 on the season. However, this is the same Jets team that just beat the AFC West division leader, Kansas City, last week.

The season is just about over, as the team is now 4-9 this season. With not much left to play for on the season than the fans and for pride, the Broncos stepped up big in front of a home crowd and played their best football since Week 4, their last victory.