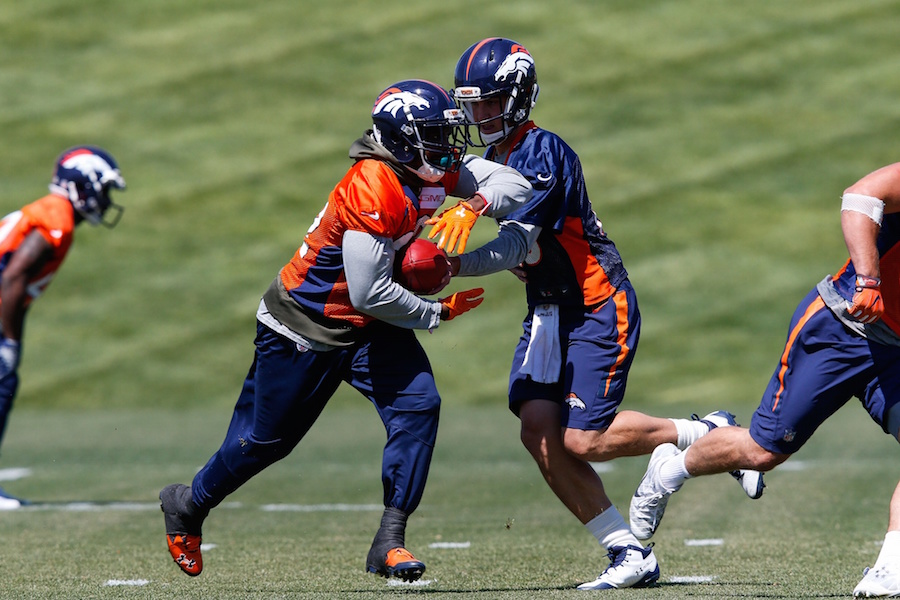 As the Denver Broncos implement their second offensive system in as many years, veterans like C.J. Anderson know how important it is to put in the extra preparation necessary to ensure a successful start to the season.

Anderson joined Gil Whiteley, Mark Jackson and Arran Andersen on Mile High Sports AM 1340 | FM 104.7 to talk about the first few days of camp. The fifth-year running back talked about his cerebral style of play and how that can help in a new system.

“Yeah, that’s how I take it today. With Paxton and Trevor I try to help them as much as I can, especially in the new system. I take pride in preparation and knowing what I’m doing and that matters for practice too,” Anderson said. “Understanding what the defense is trying to do even if we have a script, I try to go in with the preparation like I would with any game.”

When asked if the offense had any added pressure this season after a down year last year, Anderson dismissed the idea.

“No, we just have to make plays. Our job is to get first downs and touchdowns. It wasn’t long ago when we were putting up 50 points and the defense was what they were. Now, the roles are switched. All we can do is focus on what we do every day and that starts in practice,” Anderson said.

For Anderson, preparation is the key to making the jump offensively in 2017, and he believes the Broncos are prepared to do just that.

Listen to the full interview, including Anderson’s thoughts about being veteran on the roster, in the podcast below.