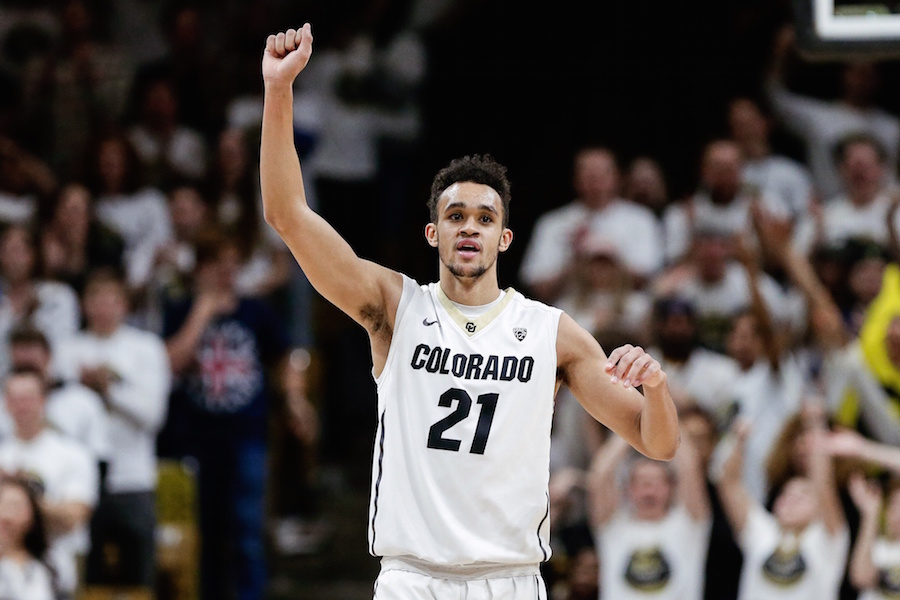 Derrick White is living a charmed life these days. After his (now) well-documented rise from minimally recruited high-school product to D-II standout, White became one of the most dangerous players in the Pac-12 in his lone season at Colorado. Now, he’s headed to one of the best basketball destinations in the NBA: San Antonio.

The Spurs, one of the Association’s top franchises over the past two decades, selected White with the 29th overall pick.

The selection has to be a dream one for the 22-year-old Parker, Colo. native who will now continue to develop his game under the tutelage of one of the game’s best, head coach Gregg Popovich.

Not only will White be plying his trade at the pro level with arguably the top X’s and O’s coach in the NBA, he’ll be learning from one of the game’s great guards, Tony Parker.

The best news for White is that Parker is getting long in the teeth, meaning White’s time to shine with the Spurs could be coming sooner than later. Parker is entering the last year of his current contract. At 35 years old and with four NBA titles, he doesn’t have much more to prove. He could, though, pass the torch to White.

Obviously roster spots are limited, and with the Spurs fresh off a trip to the Western Conference Finals it’s unlikely that White will see too many minutes in is first year. (He’ll likely spend time developing his game between the NBA and the G-League.) But with so many elite players and coaches now in line to shape his game, life is only going to get better for the Legend High School grad that most D-I schools failed to notice.