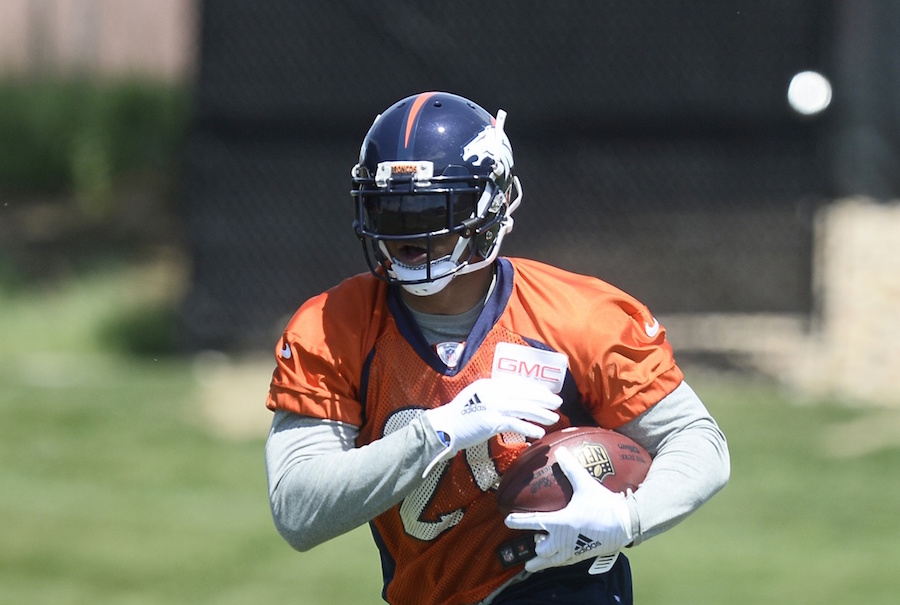 Quiet confidence comes in handy for an NFL rookie. Devontae Booker has plenty of that. After Trevor Siemian threw a pick-six to Eric Reid at the start of second-quarter, Denver went to their run game, and they trusted Booker with the ball.

In his first post-game experience with the home press, Booker was as calm and composed as any 10-year veteran.

“I still get jitters before the game, but once I get that first contact all that goes away,” Booker said.

That confidence showed Saturday night. Though he wasn’t flashy, Booker got the job done, with nine carries for 36 yards. The actual yardage isn’t necessarily as important as his ball security, and his pass protection. By electing to put Booker in the game, head coach Gary Kubiak and offensive coordinator Rick Dennison demonstrated not only their trust in his ability, but also made a statement about where he stands on the depth chart.

Entering into the preseason, Booker was listed third, behind C.J. Anderson and Ronnie Hillman. But after Anderson scored his touchdown early in the first quarter, it was not Hillman who lined up beside Siemian, it was the rookie out of Utah.

“He made some good cuts, and I, personally, thought he got better this week in the pass protection,” Anderson said. “He struggled during the week seeing some things. I think he’s seeing things better, and his technique got better, so we are happy about that.”

Considering the ball security of both Sanchez and Siemian was less-than-spectacular Saturday night, Denver could not afford another liability at back. Hillman has a history of fumbling the ball, and did not enter the game until third-string quarterback Paxton Lynch in the third quarter.

Booker got a couple more carries in the second half as well, but his production understadndably dropped behind the coverage of the third-string linemen.

Kubiak and Dennison were obviously testing Booker to see what he looked like in a real-game situation and he delivered. Based on Saturday’s decisions from the coaches, as well as Booker’s performance, he is now the second-string running back behind Anderson.

Booker’s solid effort was a bright spot in a game riddled with offensive mistakes, and it should mean more playing time in the preseason games to come.