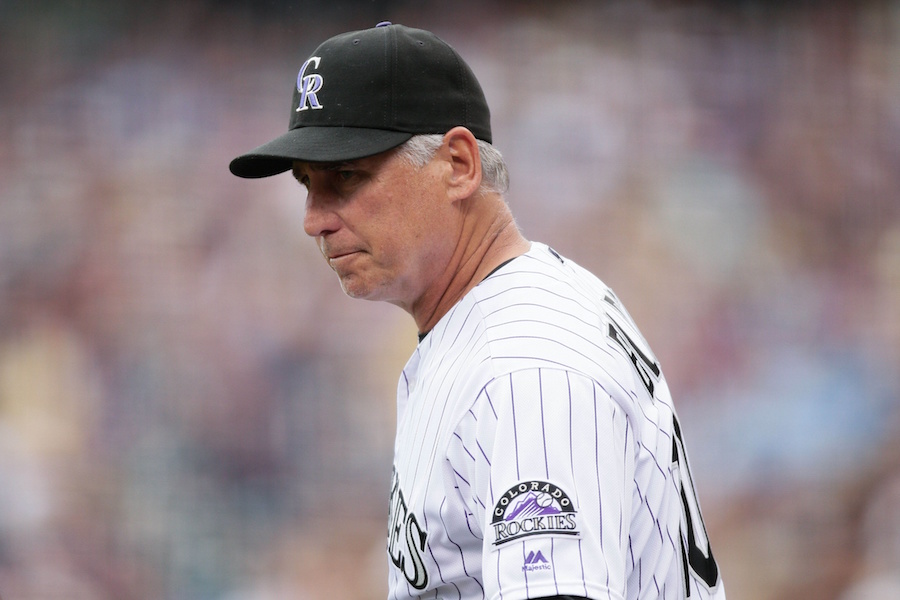 For the second time in less than 24 hours, the Arizona Diamondbacks handed the Colorado Rockies a disheartening loss. Arizona took the rubber match of a three-game series, 10-3, at Coors Field to draw the two teams even in the NL West standings, one game behind the Dodgers. For the second straight game, a Rockies rookie starter surrendered nine earned runs in a loss.

After Jeff Hoffman failed to work through the fourth inning on Wednesday night, Antonio Senzatela (9-3, 4.79 ERA) completed five innings but still saw his ERA skyrocket after allowing nine earned runs. The 22-year-old gave up a pair of three-run home runs in consecutive innings – one to Chris Owings in the third inning and another to Paul Goldschmidt in the fourth. Jake Lamb was the only Arizona starter who did not record a hit, while Reymond Fuentes was the only member of the D-Backs’ starting eight who didn’t cross home plate in the win. Scott Oberg worked two scoreless innings in relief of Senzatela. Jake McGee gave up a run on two hits in the eighth. Tyler Anderson, recently activated from the 10-day disabled list, struck out three hitters in the ninth after allowing a leadoff walk followed by a base hit.

Offensively, Colorado could not get much going against Zack Godley (3-1, 2.53) following Charlie Blackmon‘s leadoff home run in the first inning. Godley did not allow a hit from the second through the seventh innings, striking out eight Rockies in the game. He allowed a pair of hits and two runs in the eighth before Andrew Chafin came in for mop-up duty. Colorado scratched out seven hits against Arizona, but were 1-for-6 with runners in scoring position.

Arizona and Colorado are now tied behind Los Angeles, however, the Diamondbacks hold a pair of games in hand. The immediate road ahead gets markedly easier for Arizona, who heads home to host Philadelphia – the worst team in the National League. At the same time, Colorado heads to Los Angeles to face the best team in the NL, the Dodgers.