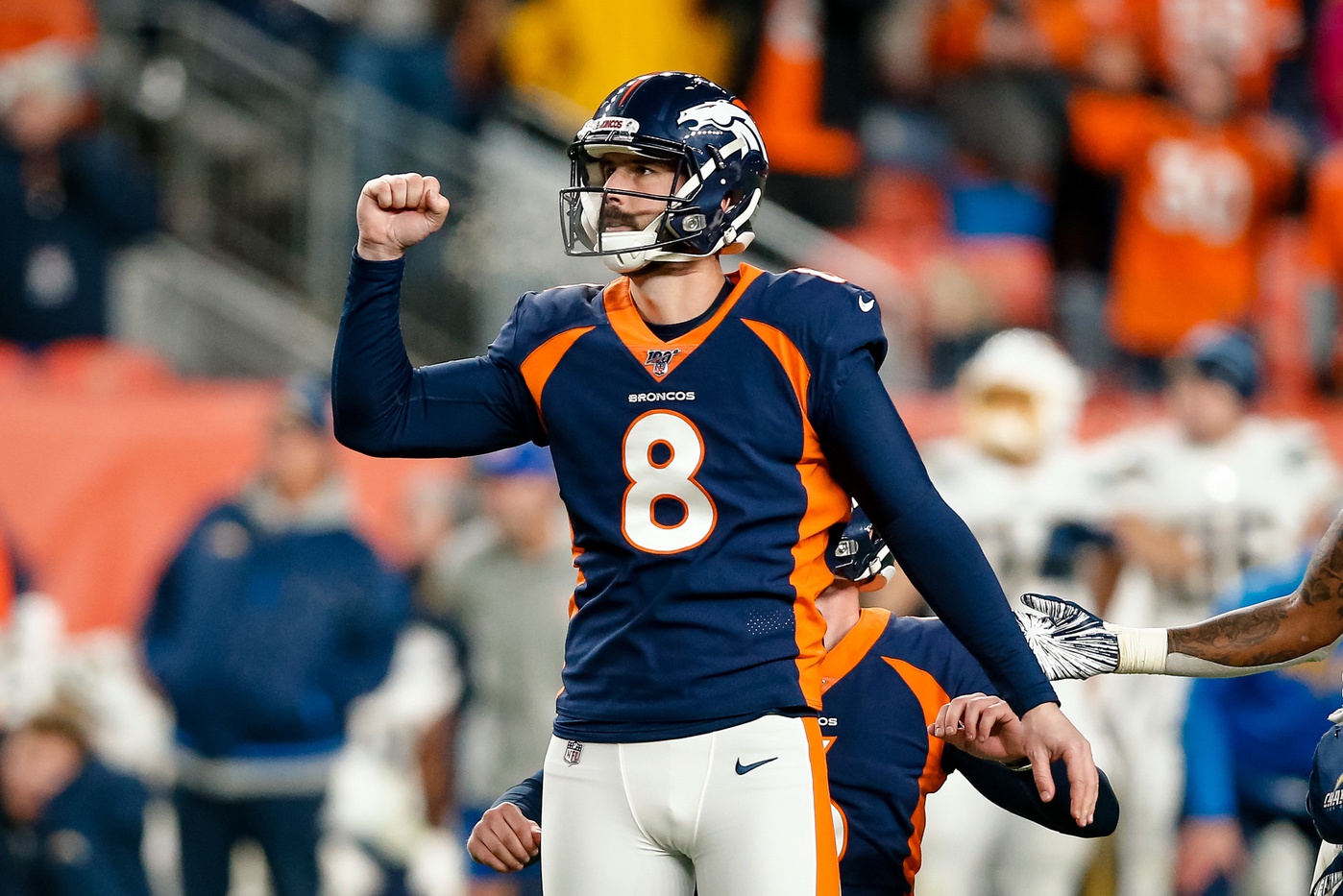 This may go down as a lost season, but the Denver Broncos are still trying to win at every cost.

After jumping ahead 14-0 in the first quarter, Denver saw that lead dwindle to a mere touchdown just before halftime. And, with one second left on the clock before the break, Broncos kicker Brandon McManus was ready to give his big leg a chance to drill what would have been a 64-yard field goal.

Instead, Fangio left the offense on the field, and while Drew Lock connected on a 33-yard pass, time ran out in the half. McManus was enraged, seen here yelling at first year head coach Vic Fangio.

Brandon McManus FURIOUS that Vic Fangio won’t let him kick a long field goal. Then the Broncos draw a delay of game penalty after leaving the offense out pic.twitter.com/lhs7G9BkYu

McManus had a right to be upset. First and foremost, he had a chance to wide Denver’s lead back to 10 points before the break, giving the Broncos back some momentum they had lost during the second quarter. Add on top of that the kick would’ve meant tying an NFL record as former Broncos kicker Matt Prater holds the record with a 64-yard make.

In Fangio’s defense, missing the kick short could’ve resulted in disaster if the Chargers put a player back there to receive the miss, as that kick could’ve been returned to the house.

Fangio also said he was worried a kick that long would’ve messed up McManus’ mechanics.

“I’ve seen many times where guys go out there and try extra-long kicks,” Fangio explained. “They alter the mechanics and it affects him the rest of the game. I’m going to say that that decision not to let him go out there for the 65-yarder led him to making the 52 and the 53-yarder.”

Instead, the Broncos threw that deep pass, which was caught in the middle of the field, but nowhere near the end zone to end the half.

Fast forward to the end of the game. Denver, who has been a decent first half team but an awful second half team, especially on offense, allowed their lead to slip away. First, the Chargers tied the game up at 17. After the Broncos pulled ahead by three, Los Angeles again drove down and tied the game up, this time at 20 with only 14 seconds left on the clock.

Following the kickoff, Denver had a mere eight seconds on the clock and the ball at their own 28 yard line.

According to Fangio, his offensive coaches told him to kneel the ball and send the game into overtime. Instead, the head coach asserted his dominance and decided to throw one deep, as he explained here.

“The first thought that the offensive coach said, ‘just take a knee.’ I said, ‘No.’ First I was looking for a play that could get a big chunk over the middle, bang a timeout. We didn’t like that as much. I said, ‘Let’s go down the sideline and see what happens.’”

What happened next was improbable to say the least.

Lock uncorked a deep pass in the direction of Courtland Sutton, who was cut off from his route and pass interference was called. McManus was then set up with the game-winning 53-yard field goal, which he booted home for the win.

Even at 4-8, the Broncos are still fighting for victories, and that choice to go for the deep throw to set up the field goal late will go down as one of Fangio’s best decisions he’s made all year long.

Catching Kansas City: how close are the Broncos?