At some point over the past (extended) weekend, especially if you’re a fan of the Denver Nuggets, you probably heard the news.

It’s one of those things that hits home. If you’re one of the many people who don’t necessarily know anyone who’s come down with the virus, now you do (sort of). Bad news is an interesting thing: The reaction to it is entirely different when it directly impacts you.

Now that the virus isn’t a new thing – not like the shock of hearing that Rudy Gobert and Donovan Mitchell had it while the season was still in swing – hearing that any, garden variety professional athlete has tested positive generally results in a quick “hmm…” But that’s about it.

Even here in Denver, hearing that Von Miller or Kareem Jackson tested positive felt different than hearing about Jokic. They’re all stars, and they’re all “ours,” but it felt like the reaction wasn’t the same. News about the local athletes is certainly more interesting (more alarming, concerning, discussed…) than hearing, for example, that Dallas Cowboys running back Ezekiel Elliott had also received a positive test. Learning that “anonymous” Avalanche players had come down with COVID-19 felt like it had less impact, as we couldn’t put a name or face to the concern. Charlie Blackmon caught it, too, and we truly love him, but all of a sudden, this isn’t so rare anymore.

But here is a general observation, one that has no scientific backing or statistical proof. When we learned that Jokic had the virus, the first question we (I, you, most of us) asked was simple: Will he be able to play?

It wasn’t: “How bad are his symptoms?”

It really wasn’t even: “How or where did he get it?”

Like I said, this a fairly generic, personal observation made over the course of a weekend. Our immediate concern, amidst arguably the most bizarre and dangerous pandemic in world history, is whether our buddy Joker can help win the Nuggets an asterisk-ridden NBA title in Orlando a month from now. Or so I might deduct.

What does that say?

Are we heartless fans, so blood thirsty for a championship, that health and safety be damned? Are we so bored without sports that we’ve forgotten about the human element that makes them go ‘round? After all (and another personal observation) nobody seemed to ask whether or not Miller, Jackson, Blackmon or three unnamed Avs players would be able to play. Why? Probably because at the time of the news, the NBA was the only league with a real, going-to-happen-slate of games scheduled on the horizon. The other leagues were either undecided or too far out to worry about.

Or, does this say what we really think – fear or don’t fear – about the virus itself?

Did anyone think Von Miller wouldn’t make a full recovery? Or did we assume because he was a young, healthy super-athlete, that he’d likely be fine? If he’d have tested positive in Week 6 of the NFL season, would the conversation center around his health, or how the Broncos were going to rush the opposing quarterbacks for the next two or three games?

Don’t shoot the messenger. I’m simply reporting what most people’s first reaction was upon hearing the news about Jokic. Look at Twitter; plenty of jokesters took the opportunity to jab Nuggets nation because of what losing Jokic for the shortened season and playoffs would have meant to the team. Again, that might not have been your experience, but it certainly was mine. And I’m not necessarily saying it was a “wrong” reaction; I’m certainly not here to preach about what yours should or shouldn’t have been.

If our first concern is whether or not an athlete can play, do we – collectively – feel (more or less) about the same about COVID-19 as we do about a sprained ankle?

I’m not saying we do or don’t, just asking the question.

Stability in unstable times: How P.J. Dozier earned his first NBA contract with the Nuggets 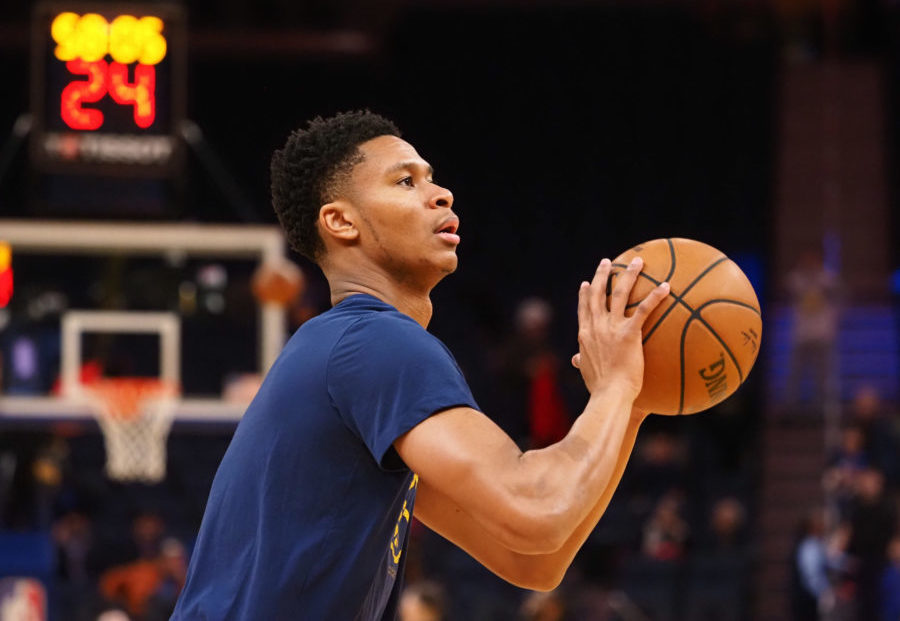