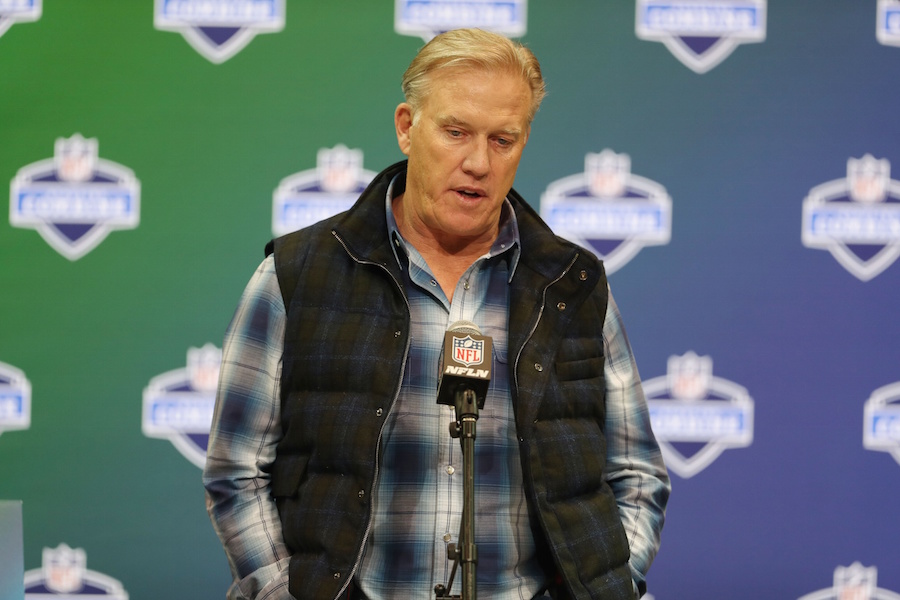 After months of speculation, mock drafts, over-the-top TV interviews and lively Twitter debates, the NFL Draft is finally here. The event that we all hate to admit we love, kicks off tonight in Dallas, and as I am sure you are well aware, the Denver Broncos are slated to pick at No. 5.

For the majority of the draft buildup it seemed obvious that Broncos general manager John Elway would use the team’s top pick on one of the highly debated quarterbacks currently projected to go in the first round. Trips to the Senior Bowl, individual private workouts and the team’s presence at the NFL Combine all indicated that Baker Mayfield, Josh Allen, Josh Rosen or Sam Darnold would ultimately end up slinging the rock in the Mile High air.

Recent reports of Elway shopping the No. 5 pick have made Denver’s intentions murky though. The Broncos signed veteran quarterback Case Keenum to an extremely team-friendly contract in the offseason and expect him to be the starter Week 1.

If Elway and the Denver draft team do decide to trade down or pass on taking a QB at No. 5, their options will be wide open, as the Broncos have a variety of positions of need to address. What the front office ultimately decides to do with this pick will be very telling of two things though.

First and foremost it would be an indicator that the Broncos believe Keenum is a guy that can win immediately and the team would be better off adding a piece that immediately makes them more competitive. Examples would include Alabama defensive back Minkah Fitzpatrick, Georgia linebacker Roquan Smith or Notre Dame guard Quenton Nelson. All of which could immediately come in and make an impact for the Broncos in 2018.

Secondly it would lead to believe that Elway and Co. are not fully sold on the 2018 quarterback prospects and are simply making a business decision with a highly valuable draft pick. After swinging and missing on Paxton Lynch in the first round in 2016, the Broncos brass may decide the risk is not worth the reward this time around.

While past failures are not a direct indicator of future results, it is no secret that this franchise historically has struggled with selecting quarterbacks through the draft. Looking back 30-plus years, the most successful quarterback that the Broncos actually drafted themselves is Jay Cutler. He only spent three seasons in Denver before being shipped off to Chicago, where he played the majority of his mediocre career.

Obviously Elway has many factors to consider with this draft class but there is no doubt that the team’s previous shortcomings at the quarterback position is something that will be looming in the back of his mind.

A great quarterback pick can be monumental for a franchise and elevate them to the next level. But two first-round misses in three draft classes? That would be Cleveland Browns territory.

So, my advice to Elway would be this: Take Fitzpatrick, Nelson, Smith or literally anyone that does not throw a football. There are multiple ways to lead this team back to the promised land that do not involve gambling on another young quarterback, and it would be a shame to waste an opportunity to select a player that will undoubtedly make an impact.